In September, Planar Systems, Inc. , a worldwide leader in specialty display solutions, unveiled its Runco QuantumColor™ Q-750i and Q-750d lampless LED projectors to Runco’s worldwide dealer network. Dealers have responded very positively and have placed orders for hundreds of demonstration projectors for their showrooms in the first few weeks after announcement.

“The QuantumColor projectors mark a new era in video projection for the industry and for Runco. Lampless LED is the future of video projection and Runco, through its innovation, is the leader in this category,” stated Planar CEO Gerry Perkel. “The QuantumColor projectors have it all – no lamp to replace, never-before-seen colors, high reliability, and low power consumption. The industry response is strong and our dealers have shown incredible support for the product by booking orders in record numbers, making the ‘Q’ the best-selling demo product in Runco history.” 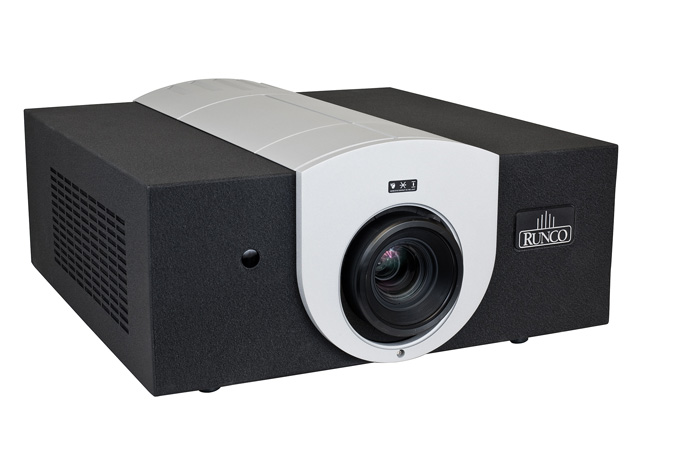 Traditional home theater projectors utilize a lamp for illumination, which are expensive to replace, cause downtime and only last about 2,000 hours. Collaborating for more than a year with Texas Instrument’s® DLP™ business to create the technology for Runco’s LED platform, Runco has engineered its QuantumColor products to eliminate all moving parts in the engine, including the mechanical iris and color wheel. Runco’s InfiniLight™ also boasts a 70-percent reduction in power consumption, a mercury-free illumination system, and InstantOn™, which eliminates the need to put the projector in standby mode. These breakthroughs combine to create an energy-efficient solution with high reliability.

Beyond light-source innovation, Runco QuantumColor projectors produce the largest color gamut ever available in front projection; achieving and exceeding the Society of Motion Picture and Television Engineers (SMPTE) standard for the first time in home theater front projection. The QuantumColor projectors offer Runco’s Personal Color Equalizer™ (PCE), which enables owners to create color settings from the largest pallet ever available and to project images exactly to their preferences. Runco delivers flawless REC 709 Hollywood cinematic standard, Digital Cinema Initiatives (DCI) standards, and even the vast Adobe RGB color space. Runco PCE, which works just like an audio equalizer, allows each color (red, green, blue, cyan, magenta, and yellow) to be dialed up or down to exactly match an owner’s specific taste – a capability never before available.

To ensure color adjustment doesn’t spoil overall image integrity, Runco created its Runco SmartColor™ (RSC) technology to maintain image realism and accuracy. RSC is a proprietary hue-compensation curve with gamut mapping, which maintains the integrity and true-to-life representation of flesh tones. Without this intelligence, flesh tones can look oversaturated, which results in people who look unnatural or sunburned. The flexibility of this incredible customizable image has been met with overwhelming positive response in the custom home theater market who have been using the same adjustment technique with high-end audio for years.

“Runco has been innovating and changing projection technology for years,” noted Joel Silver, founder and president of the Imaging Science Foundation (ISF™). “An LED lampless light source is clearly the next step in front projection, and Runco’s innovation in color gamut and customization puts its QuantumColor projectors well ahead of the pack.”

In addition to debuting its QuantumColor projectors to the entire custom installation industry at CEDIA EXPO 2009 in September, Runco demonstrated the Q-750 to media at its headquarters in early November and at sponsored events in New York, Los Angles, Minneapolis, Denver, and Portland.