Lytro, Inc has unveiled a completely new type of camera, that works by capturing “all the rays of light in a scene”, instead of a focused “pixels” like the conventional cameras.

This new camera is promising to revolutionize the way people take pictures, by allow them to focus a picture after it’s taken. This opens a whole new world of possibilities, enabling you to capture a scene just as you see it and then focus and re-focus, anywhere in the picture.

The camera utilizes a “11 Megarays” light field sensor that collects the color, intensity, and the direction of every light ray flowing into the camera, capturing a scene in four dimensions, and then save all this information in HD-quality interactive, living pictures (.lfp format) on the internal memory. The sensor is combined with a special light field engine that allows  refocusing of the pictures directly on the camera. The interesting thing here is that when you decide to share a picture with your friends, the light field engine is included in each picture, which will allow anyone to interact with the picture on nearly any device, including web browsers, mobile phones, and tablets, without the need of downloading any special software. 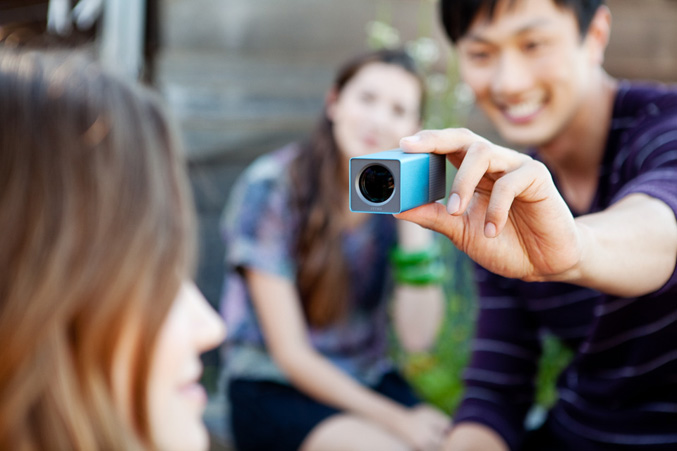 The camera has a compact design, measuring only 41 mm x 41 mm x 112 mm and has an extruded anodized aluminum casing which packs 8x optical zoom and f/2 lens, and has just two buttons — power and shutter. On the back it is equipped with 1.46-inch back-lit LCD touchscreen display that lets you view your captured pictures and re-focus directly on the camera. And because you don’t need to focus to capture a picture, the camera don’t have auto-focus motor, which means that it has no shutter delay. Impressive! The company also promises that will release a special light field algorithms that will allow viewing of the pictures in 3D and to enable viewers to shift the perspective of the scene. 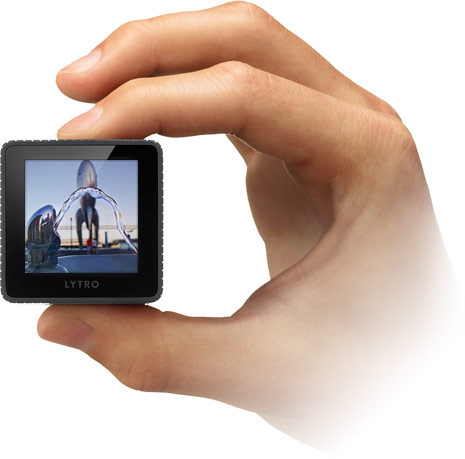 The Lytro camera is available in two models, a 8GB (in Electric Blue or Graphitecolors) which will cost you $399 and can store 350 pictures, and a 16GB (Red Hot)  model for $499 that can hold  750 pictures. The cameras are now available for pre-ordersand will ship in early 2012.