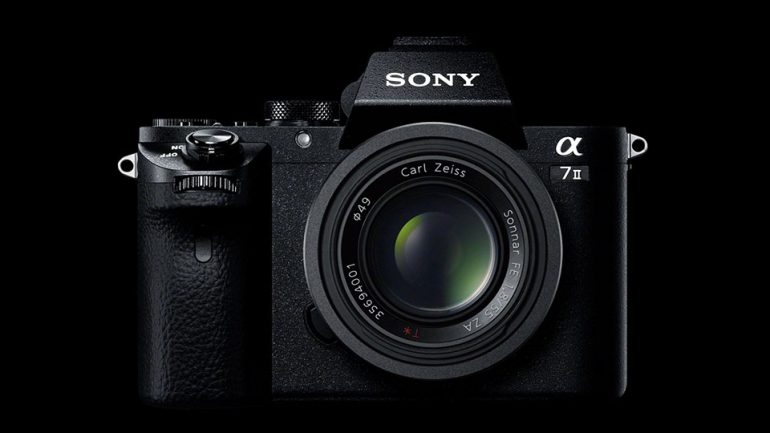 The digital camera market is not as active as the smartphone one but this does not mean you won’t get to see new models often. To prove this claim Sony has launched the Alpha 7 II mirrorless camera just a year after the release of its predecessors – the Alpha 7 and Alpha 7R.

The new model comes with improvements here and there as it should but it is available in Japan only as of now. The Alpha 7 II has the distinction of being Sony’s first model with 5-axis in-body stabilization for still photos and video, which helps reduce camera shake regardless of the lens used. What’s even better is that even when used with lens that do not have stabilization at all, the Alpha 7 II shifts its sensor in the pitch, roll, yaw, X and Y axis to counteract camera movements. If you get to use E-mount lenses the body will correct in just three directions and will leave the lens to do the rest. You can manually input the focal length, if you want, for a better result. Thus blur will be reduced in low-light situations even when using vintage lenses.

The autofocus system of the Alpha 7 II has been largely improved. The system now uses 117 phase and 25 contrast points, which make it about 25 per cent faster. Subject motion detection is also about 50 per cent faster, which means that quickly moving objects will remain sharp. The body and the sensor used remain the same, though, which means you will have to rely on 24.3 MP of sensitivity. Certain old specs remain the same too – the Alpha 7 II uses the same BIONZ X image processor with 14-bit RAW support, has a maximum1/8000 shutter speed, a 2.4 million dot finder and a 3-inch 1.2 million dot display. The ISO light sensitivity also stays the same at 25,600 and the video capture is set at 1080p/60 FPS using XAVC-S or AVCHD.

In Japan the Alpha 7 II will sell for around USD 1600 and we still get to see if the camera reaches the rest of the world sometime in 2015.