About Ethanol and Ethanol-Injection Systems 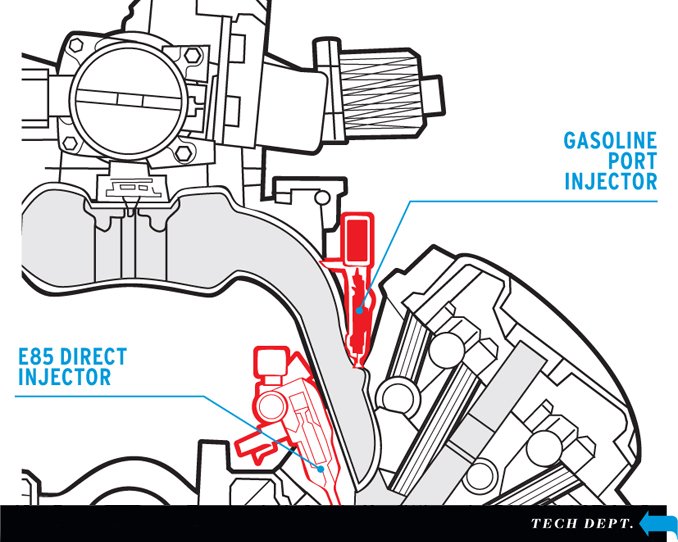 Did you know that we have the technology to make a gasoline-based engine perform with the efficiency of a diesel?  Technically it is true and it is done with by injecting ethanol directly into gas engines. The issue with this, according to Urse Honda of Bridgeport, WV is that ethanol-based fuel isn’t always available to be used. But in recent years it has been making its way to gas stations across the United States. Keep reading to learn more about ethanol and how ethanol-injection systems work!

Perhaps you may not be completely familiar with what ethanol is, so let us give you an overview on what the substance is: Ethanol is a type of alcohol fuel distilled from corn, sugar, or other plant materials. It dissolves in water and is biodegradable. Ethanol is generally produced in the same country that it will be used in. Under the Energy Policy Act of 1992, fuels that contain at least 85% ethanol are considered to be types of alternative fuel.

Throughout World War II, Daimler-Benz and BMW sprayed methanol and water mixtures into their supercharged aircraft engines to prevent sudden combustion. In the United States, GM applied a similar technology in its 1951 LeSabre dream car, powered by a supercharged V-8. That paved the way for the 1962 Oldsmobile F-85 Jetfire, the Earth’s first turbocharged production car, which used a mix of methanol, water and rust inhibitor to keep detonation under control.

Ethanol is not as powerful as gasoline. Ethanol’s energy density is about 66 percent that of gasoline.  On the opposite ledger’s opposite side, ethanol has an octane rating of 100, versus about 90 for gasoline.  Higher octane ratings allow more efficient and higher compression ratios. And when ethanol changes from ­liquid to gas on its way to combustion, it absorbs 2.6 times more heat than gasoline, a beneficial cooling effect. And, using ethanol together with gasoline in internal gasoline engines has some interesting history behind it, as indicated above.

Nowadays, the most sensible approach is to use technology now in hand to achieve huge efficiency gains. The technology? Gasoline, E85, and direct fuel injection. Ethanol Boosting Systems (EBS) of Massachusetts, has E85-fueled engines under test that deliver diesel-like efficiency—at least 30% better than a typical gas engine. Heavy-duty pickups are the first candidates for the technology. EBS pitches their ethanol-based systems as diesel busters that can deliver 600 or more pound-feet of torque at low rpm with a 3.0-liter engine. If manufacturers agree with these ethanol boosters, the dual-fuel strategy may be useful for meeting the 35.5-mpg CAFE standard for 2016.

EBS uses a 12.0:1 or higher compression ratio, aggressive turbocharging and about half the normal piston displacement. The trick is that they add a second total fuel system that enables an engine to run on port-injected fuel during cruising and direct-injected E85 only during full-load conditions to spare its consumption. Now you are equipped with some information on ethanol injection systems!