Superheroes come back as ordinary people in new funny book 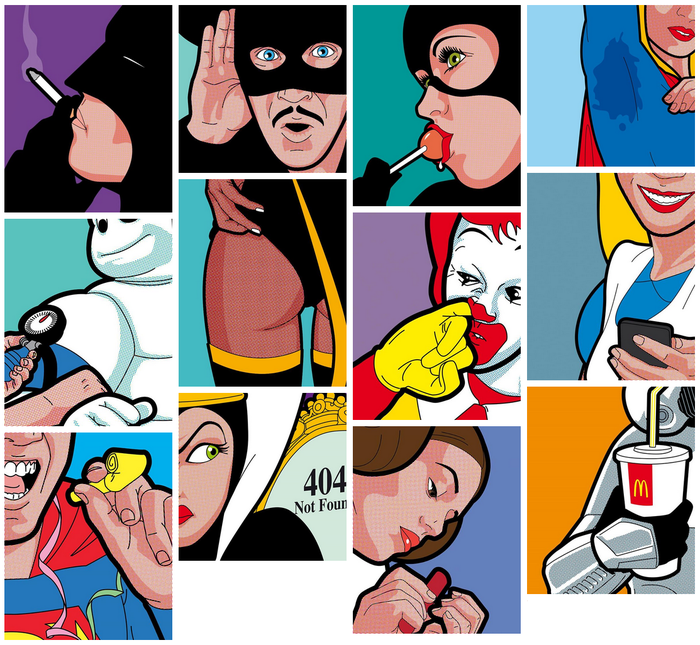 There are many common things in children nowadays and one of them is that they are all fans of superheroes like Spiderman, Batman, Superman, etc. This is also true for their fathers and mothers – they may not be fans of people with supernatural powers anymore but chances are there were once.

The thing is that we only see superheroes when they are saving the day once again and never as ordinary people who go to sleep, who eat, do indecent things and more. Why not see them in such light, then? After all Superman looks and acts like a human being and Batman is definitely a human being…

Don’t hurry to develop this idea into something bigger – a French artist has already developed it into something more than a few drawings. Going by the name of Gregoíre Guillemin (a.k.a. Leon), the artist has created an entire book with superheroes living their ordinary lives just like we do. We will not tell you what the pictures depict and what you can expect but the drawings are surely funny and there’s more to them – they bring fresh new ideas to the genre as a whole.

Leon has been drawing these pictures for years and has, finally, collected them into a single book that is known as “For your eyes only”. Unfortunately there’s a single copy only and it is not enough so Leon has started a funding campaign on Kickstarter here to get enough money to print the book in sufficient numbers and then distribute it around the world.

We don’t know how this whole thing will end but, of course, we wish the author best of luck. The only problem with this project is that it will likely make older superhero fans a bit angry since it will change super hero images around the globe but no one is perfect – a statement that is also true for us (and super heroes for that matter).