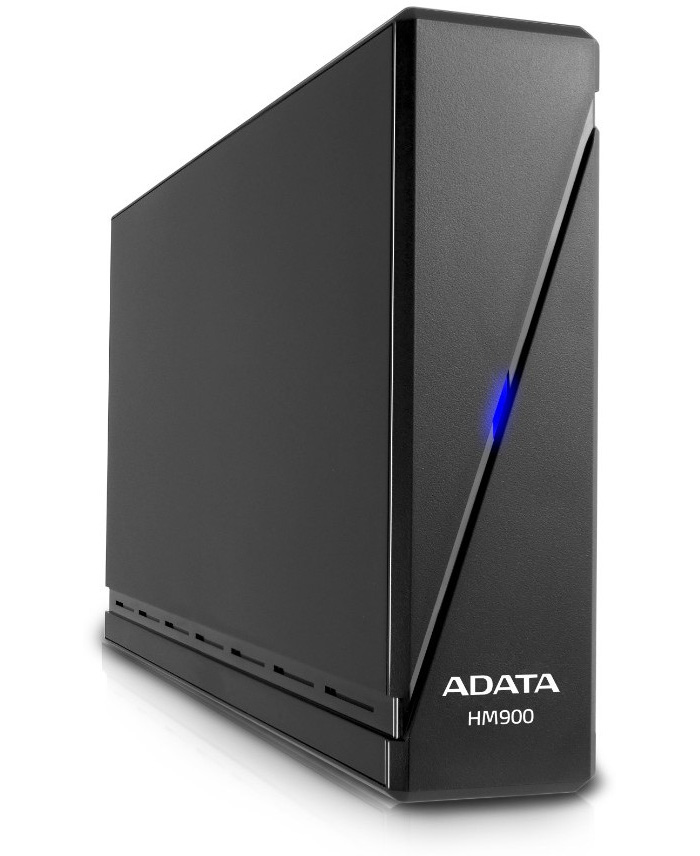 The famous maker of computer memory and other storage solutions ADATA has launched the new HM900 external hard drive line that offers capacities of up to 6 TB. The new HM900 hard drives have been specifically optimized for rich multimedia content and HD movies and the large capacities that they offer make storing such content a breeze.

The HM900 line fully supports USB 3.0, which makes transferring large files an easy task, and offers 256-bit AES encryption for robust security. This task is made even easier thanks to the inclusion of a dedicated one-touch backup button that allows for nearly instant transfer of selected files from a source device to the drive. The drives, which are available in 2 TB/3 TB/4 TB/6 TB capacities also support simultaneous video recording and playback. For instance users can playback a previously-recorded sports event while recording a favorite TV show in the background. In addition to this the HM900 supports scheduled backup, auto backup, and multiple-device content sync, all via a user friendly interface. The new drives are protected against shock and when an accident happens the drives stop the spin activity to safeguard data until the shock subsides with users being fully informed via clear LED indicators.

No word on pricing as of now so check with your local ADATA representative a bit later for more details.