“The Sound Blaster X-Fi Titanium HD and Sound Blaster X-Fi HD provide the highest quality audio playback of any sound products we have ever introduced, over a period of time where we have sold more than 400 million Sound Blaster cards,” said Steve Erickson, Vice President and General Manager of Audio and Video at Creative. “We are thrilled to announce that our newest additions to the Sound Blaster line include THX TruStudio PC audio technology, bringing together two of the most respected names in sound quality to provide an unparalleled audio experience on the PC.” 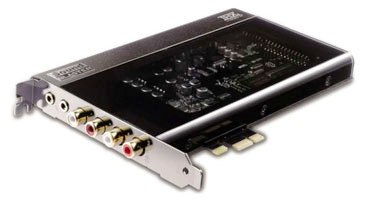 Designed as a high definition USB audio solution for notebooks and desktops, the Creative Sound Blaster X-Fi HD USB digital audio system features audiophile-grade recording and playback. It is the only USB digital audio system that includes an analogue phono input, as well as standard audio inputs, enabling users to effortlessly convert analogue audio from their record albums or cassette tapes into MP3, AAC, FLAC and other digital formats. The systems comes with Media Toolbox, a comprehensive software package, including an advanced noise reduction programme that easily remove unwanted clicks, crackles, hums, pops, rumble and other sound imperfections from the tracks after they have been recorded, substantially improving the audio quality for playback. 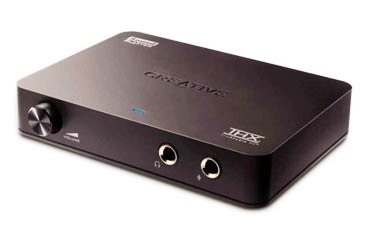 THX TruStudio PC Surround provides immersion control to enhance the natural sense of audio depth and spaciousness by creating virtual surround sound channels. Stereo content or multichannel content played over stereo speakers and headphones will sound as if it is coming from all sides while voices remain centred in front and original balance and timbre is preserved.

THX TruStudio PC Crystalizer restores the natural dynamic range that is lost when iTunes and MP3 music get compressed. This makes the music sound as good as the artiste originally intended, and adds an enhanced level of realism for movies and games.

THX TruStudio PC Speaker fills in the missing low frequency tones and gives the extra impact for a better entertainment experience. Consumers no longer have to tolerate lack of bass in speakers built into notebook PCs, 2.0 speakers or headphones, as THX TruStudio PC Speaker technology dramatically improves the sound experience without a subwoofer.

THX TruStudio PC Dialog Plus enhances the voices in movies for clearer dialogue, allowing the listener to hear the dialogue over the rest of the soundtrack and over ambient noise in the listening environment.

THX TruStudio PC Smart Volume addresses the problem of abrupt volume level changes during playback and between songs by automatically and continuously measuring volume, and intelligently applying gain and attenuation to compensate for those changes.