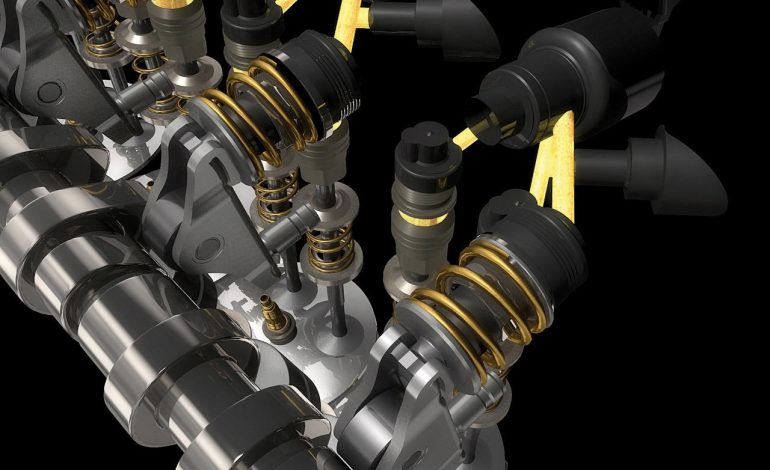 Automobile manufacturers are looking at every trick in the book to increase the fuel efficiency of their cars.  Not only do consumers want better gas mileage, the federal government is also involved in the form of Corporate Average Fuel Economy (CAFÉ) standards.  As a result, a lot of very unique engineering ideas are being generated by auto manufacturers to extract every bit of energy from today’s automotive fuels.  One of the most interesting is Fiat’s new Multiair Valve Lift System. It’s not a new concept but it might be the best implementation to date. Here’s how it works.

It’s has been long known that one of the weak points in the standard internal combustion engine is the fact that a flat throttle plate is stuck right in the middle of path of air that is being sucked into the engine.  This throttle plate is necessary to regulate the amount of air and gas coming into the engine, it controls the engine’s speed but it leads to some 10% efficiency loss simply by being in the air flow.  Engineers often refer to this bottleneck as “Pumping Losses” and have traditionally written off the loss in efficiency as being “unavoidable”.

In the quest for higher efficiency, though, things that are “unavoidable” often get re-examined. BMW, Nissan/Infiniti, and Fiat, in particular, have designed and implemented solutions. They all control the timing of their intake valves as a method to control engine air/fuel flow.  They do this by varying the lift and amount of time that an engine’s valves are open. BMW was first, with its Valve­tronic technology, which was launched in 2001. The problem with the BMW system was that it was a complex system that used an additional electronically-actuated camshaft to vary valve lift.

The beauty of Fiat’s method, their “Multiair” system, is its simplicity; it essentially achieves what Valvetronic technology does by simply using hydraulic fluid running through narrow passages in the cylinder head connecting the intake valves and the camshaft so the two can be decoupled easily. No fancy electronically-actuated camshaft  involved, just a bunch of passages and fluid. And, the hydraulics are modulated by a simple electronically-controlled solenoid. With the Multiair system there are effectively two modes: When the solenoid is closed, the incompressible hydraulic fluid transmits the intake-cam lobe’s motion to the valve, as in a traditional engine. When the solenoid is open, the oil bypasses the passage, decoupling the valve, which then closes conventionally via spring pressure.

Fiat claims Multiair not only increases fuel efficiency, it enables a 10-percent boost in horsepower. Talk about a win-win technology. The Fiat Multair system will go into production in Europe later in 2014 on their 1.4-liter turbo engine and will also be used on their naturally aspirated engines as it spreads throughout Fiat’s lineup in the future.