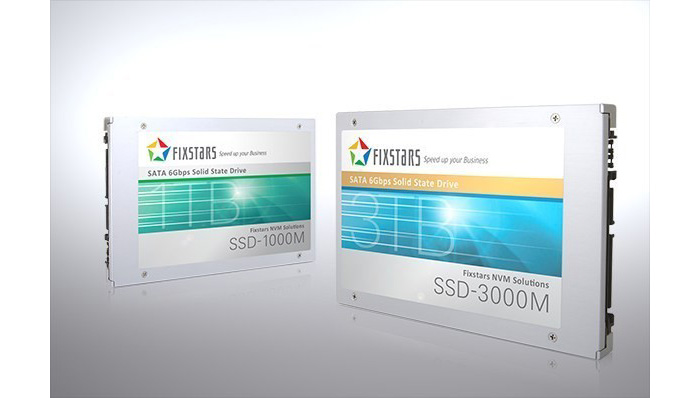 There are many SSD makers out there but few people have heard of Fixstars – a company that makes advanced solid-state drives for content creation, advanced driver assistance systems (ADAS), HPC and datacenters. In case you haven’t heard of Fixstars, then prepare to memorize this name as this company has announced and released the world’s highest density SSD – the SSD-3000M.

The SSD-3000M offers the fantastic capacity of 3 TB in the common 2.5-inch form factor. In fact Fixstars says the new SSD has the world’s highest capacity for 2.5-inch SATA SSDs. The tech specs include support for SATA 3.0, 19 nm MLC NAND flash memory, support for TRIM, S.M.A.R.T. and Garbage Collection technologies and two work modes – the so-called Standard mode offers 520 MB/sec of sequential read speed and 350 MB/sec of sequential write speed while the Boost mode takes these numbers to 520 MB/sec of read speed and 500 MB/sec of write speed. The SSD measures 100 x 70 x 9.5 mm and weighs “less than 115g”.

Along with the 3 TB model Fixstars announced a 1 TB SSD – SSD-1000M – with exactly the same specs. The more interesting part comes here – it appears that the 3 TB record will soon be broken as the company claims it will release a 5 TB model in Q1 2015.

No word on pricing as of now but we strongly suspect that the drives are not cheap at all given their capacities.