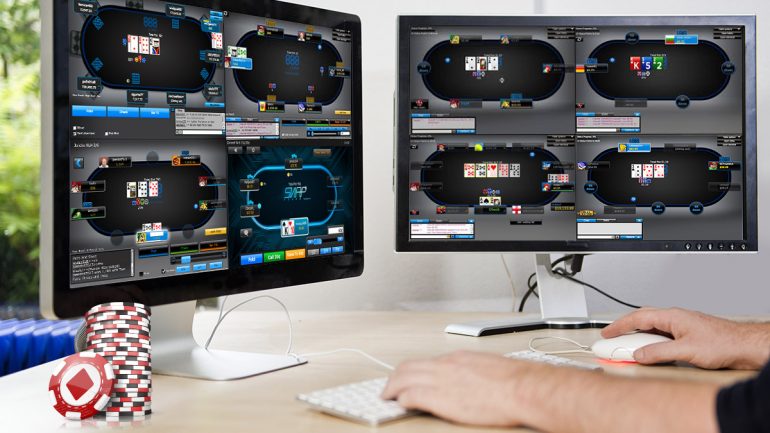 Poker has its roots in the American Civil War era, as soldiers on Mississippi riverboats developed the game of skill, betting, and bluffing. From those earliest days to the multi-billion dollar industry poker has become today, one thing has propelled its popularity forward the most: technology. Whether watching the World Series of Poker on TV or downloading a poker app to a mobile device, the sport is more visible today because of the technology accompanying it.

The people who feel the shift in the sport due to technology the most are the professionals who play it.

In 1998, Matt Damon appeared in a relatively low-budget film about professional poker playing called Rounders. Damon played a down-on-his-luck everyday guy who was able to play poker, and win in a casino setting. The film romanticized the sport of poker but also helped the popularity of Texas Hold’em skyrocket. Just one year later, professional poker saw the introduction of the lipstick cam – a way that viewers at home could see what cards players had in the hole (thus upping the suspense for viewers). While the lipstick cam didn’t exactly change the way pros play, it did change the way people viewed the sport of poker and made way for even more people to enter the sport as pros. Watching WSOP matches from home via lipstick cam helped develop the current generation of poker players through better access to strategy.

The overall winner in the U.S. 2003 World Series of Poker was Chris Moneymaker, a 27-year-old amateur who had learned to play through online poker. His sudden fame and fortune led to an upsurge in people interested in playing online, too. Entries in the 2006 WSOP were 10 times as high as the 2003 WSOP, thanks to the popularity of online gaming. People no longer needed to spend years at Vegas tables learning the ins and outs of poker to win – and win big. Online gambling options bring professional training and access to amateurs everywhere. Online poker has also opened up the professional side of the sport to a much younger demographic than a generation ago.

The piece “Is Age More Than a Number at the WSOP?” examines the shift in professionals from older men, often retirees or lifelong gamblers, to younger, fresh poker players of both sexes.

“These days, champions have honed their skills playing online… There are, of course, nuances to the live game that online pros need to adjust to, but you cannot negate the thousands of hours of experience gained online to a pro’s overall skill set,” the piece states.

Younger players come at the game with different strategies than older counterparts – and often, those strategies pay off.

Perhaps the largest development in professional poker in the past few years is mobile access to the game. The mobile gaming industry is expected to reach $100 billion by 2017, according to Juniper Research, and mobile poker is sure to share in that growth. As more poker players take their games everywhere they go, even more people will become fans, and pros, of the sport.