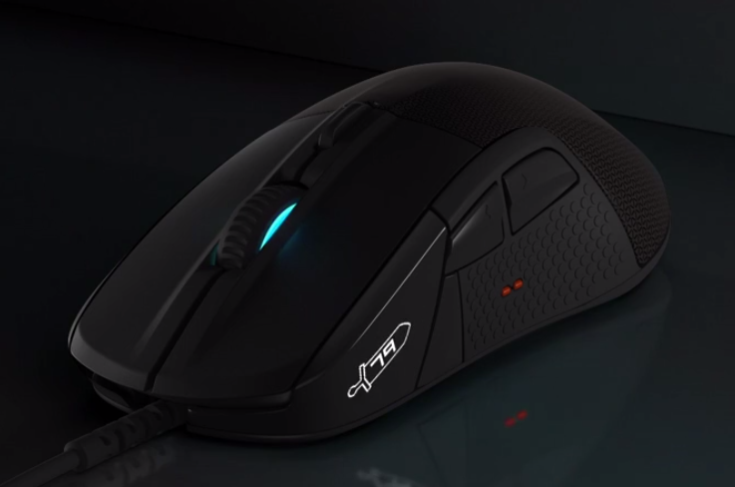 SteelSeries has pleased its fans once again with the official announcement of the Rival 700 – a new gaming mouse that comes with a unique feature – the mouse has a small-sized OLED display on its left side.

The display shows different information to the user depending on the game being played and on the chosen gaming profile. The display is placed in such a way so that it can be viewed during gaming but we have the feeling that this feature will only be of use to right-handed people and in addition to this the use of the display requires you to move your eyes from the PC monitor to the mouse. One of the things that the Rival 700 can do for you is to count the number of frags that you have achieved so this is nice.

In addition to the built-in display the Rival 700 can also inform gamers about various in-game events via vibration. It is up to the gamer to select the events and to program them in the in-mouse memory but this is done via simple means so no advanced programming skills are needed. The mouse also has seven buttons, a rubberized top cover and a design that is suitable for all kinds of people. The Rival 700 is based on a PixArt PMW3360 sensor that provides up to 16 000 CPI and supports up to 50g acceleration. Moreover the buttons can survive 30 million clicks so the Rival 700 will likely last really long.

The new SteelSeries Rival 700 measures 124.9 x 68.5 x 42 mm and weighs 159 grams. The mouse comes with two cables – one standard that measures 1 meter and another braided that is 2 meters long. The mouse will sell for USD 99 when it becomes commercially available.