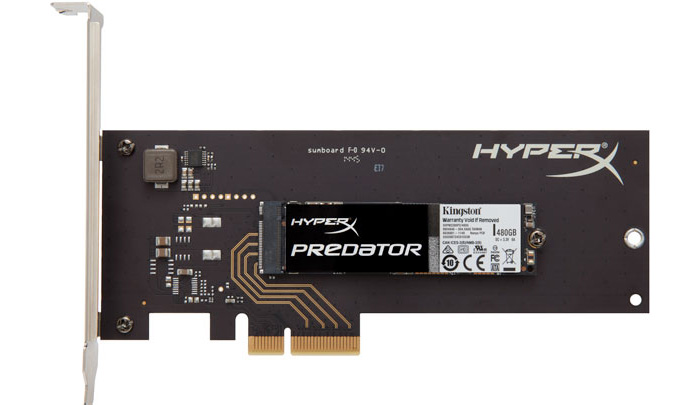 Kingston has released to market the first PCIe HyperX Predator SSDs, which were demonstrated for the first time back in January 2015. The new SSDs use Marvell 88SS9293 memory controllers and offer an M.2 form factor with a PCIe 2.0 x4 interface. The new line has two models as of now – with capacities of 240 GB and 480 GB with both of them being able to be used as M.2 or PCIe devices. A single such SSD measures 80 x 22 x 3.5 mm, while the entire PCIe card measures 181 x 121 x 21.6 mm.