Logitech has unveiled a light-powered wireless keyboard – K750, which has two solar panels, that can powers itself by both- natural and indoor light,  and keep the keyboard charged for up to three months.

The Logitech Wireless Solar Keyboard has PVC-free construction, it is 1/3-inch thick, has rounded edges and features Logitech Incurve keys, which have a concave design with soft, rounded edges for easy typing. 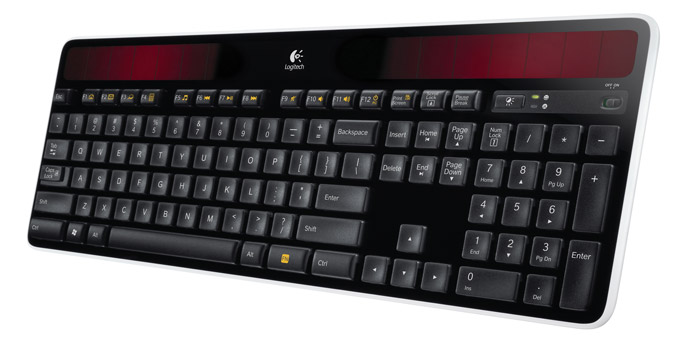 The keyboard utilizes Logitech Advanced 2.4 GHz wireless connectivity with 128-bit AES encryption,  also packs an integrated power-indicator and comes with the Unifying receiver. Logitech also included a solar power app, which will help you to get the necessary information about light conditions, battery levels and will alerts you when you need more power.

The Logitech Wireless Solar Keyboard K750 is expected to be available in the U.S. and Europe in November 2010 for a suggested retail price of $79.99 (U.S.).