Sony comes up with first own solid-state drive 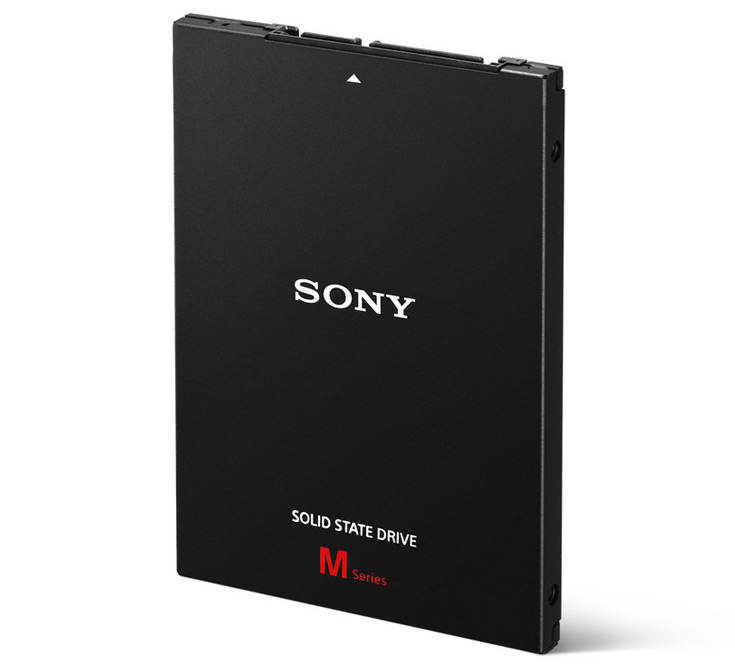 Years after solid-state drives gained a visible market share on the storage market Sony has decided to enter the SSD game with the first ever company solid-state drive line called SLW-M. The line includes two models as of now but this number may grow in the near future.

The two models feature 240 GB and 480 GB of capacity and are called SLW-MG2 and SLW-MG4, respectively. The devices offer the popular 2.5-inch form factor and have support for the latest SATA 3.0 standard for data transmission. The drives are also just 7 mm thick so you can install them in notebooks and ultrabooks with ease.

The new Sony SLW-MG2 and SLW-MG4 SSDs reach 560 MB/sec of sequential read speed and 530 MB/sec of sequential write speed and support various SSD technologies such as TRIM and wear leveling. The drives also come with Acronis True Image 2015 HD, which eases file transfers from old HDDs/SSDs to the new Sony drives and a special case that makes them compatible with 9.5 mm drive bays.

Unfortunately this is all the information Sony has shared with the public but the good news is that both SLW-MG2 and SLW-MG4 are on the market now where they sell for around USD 140 and USD 250, respectively. The drives come with a 3-year warranty in case you wonder.