The Evolution of Gas Tanks from the 1970’s to Today 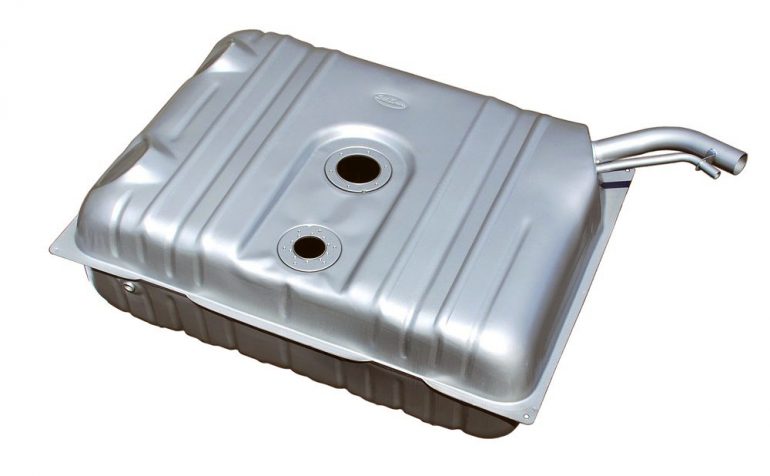 Gas tanks used to be very simple devices. In the early 1970s, the Environmental Protection Agency (EPA) conducted some tests and discovered that the vapors that escaped from simple vented big metal box gas tanks made up a significant portion of a vehicle’s overall hydrocarbon emissions.  As a result, in 1971, the EPA mandated that all vehicles had to have sealed systems so that volatile gasoline vapors could not get into the atmosphere. The solution, as designed by most of the vehicle manufacturers, was to vent the extra vapors into charcoal canisters. From there, the vapors are periodically sent to the engine, where it’s burned along with rest of the fuel.

However, sealed off systems, like those discussed above, have several components.  Besides the fuel tank, there are lots of valves, hoses, filters, clamps and other things that make up the fuel delivery system. And, unfortunately, a tiny amount of fuel still escapes.  Automotive engineers refer call this “permeation,” and it is well regulated by the Environmental Protection Agency (EPA). The EPA’s current “Tier II Bin 5” passenger-car standard permits a maximum leakage of 95 milligrams each day. To achieve California Air Resources Boards (CARB) tight Partial Zero-Emission Vehicle (PZEV) rating for the environment’s sake, a tank must emit only 20 milligrams a day.

For this reason, according to Lynch Chevrolet in Mukwonago, WI, beginning in the early 2000s, many PZEV-capable vehicles have steel, rather than the preferable, light-weight plastic fuel tanks to offer excellent permeation resistance.

But TI Automotive, which supplies gas tanks to nearly every automaker around the world, came up with the first weight-saving plastic tank to receive PZEV status. TI Automotive is headquartered in Auburn Hills, Michigan.

TI’s PZEV tank, first launched about 10 years ago, relocates all the fuel-delivery parts (fuel pump, piping, etc.) which were the source of the most significant leaks, from the tank’s outside to the inside. In addition, the plastic, blow-molded around the other parts in a process that TI Automotive calls “ship in a bottle,” is made of six separate layers of plastic that seriously cuts down on the amount of leakage that occurs. Today, TI says that roughly 75 percent of American vehicles, and nearly 100% of European ones, have plastic tanks. And, compared to a similar steel tank, TI claims its plastic tank is five pounds lighter than other tanks. This is an important advancement for car manufacturers who obsess over every pound that is added to a new vehicle design!

However, there is one drawback. The most common complaint that the car manufacturers get about the plastic tanks is that with many hybrid cars, owners can hear the fuel sloshing about when running in electric mode. That unwanted fuel-slosh noise is noticeable because hybrids are running farther and farther in electric-only mode. TI is hard at work solving this problem with extra baffles and shielding (such as in the interior walls) so the gasoline noise is kept to a minimum.