Will the iPhone 5 Be 2013’s Leading Smartphone?

The iPhone 5 is set to be released this October, and the anticipation surrounding the handset is leading many experts to claim that the phone will be a market leader in 2013. Upon its release, its heaviest competition is likely to come from Android’s flagship handset, the Samsung Galaxy S3, which was released in late May, and perhaps from the HTC One X, another super-powerful Android phone. By October however, sales for both of these handsets will have fallen substantially enough to pave the way for a new reigning king.

Mark Moskowitz, an analyst at JP Morgan, has said that he reckons the iPhone 5 will be top dog throughout 2013. “We think that a combination of revolutionary hardware enhancements and software-driven services (i.e Passbook, Maps, FaceTime over cellular) stand to reaffirm the iPhone as the leading smartphone in 2013.” I’d be cautious of waving away the comments made by a world-class analyst like Moskowitz, so it looks like 2013 is going to be a good year for Apple.

It’s true that the new iPhone is going to have some mightily attractive features included, as explained by Best Mobile Contracts, and Apple definitely seem to be paying more attention to software than Android. If Moskowitz’ comments meant little or nothing to you, you probably need a recap on all the things that are going to be new to the iPhone 5, and perhaps on iOS 6, too. First off, there a few hardware changes – or ‘enhancements’ as Moskowitz calls them, including a quad-core processor and, it’s rumoured, a larger 4-inch display.

Apple’s latest update to the operating system, iOS 6, is also set to change the way iPhones work substantially. For one, there are going to be plenty of new apps pre-loaded onto the iPhone 5, some of which are little short of revolutionary. One of these is the ‘Passbook’ app that Moskowitz mentions himself. The app basically turns the iPhone into an electronic wallet, in which you can keep you plane tickets, cinema tickets, Starbucks vouchers and more. It’s likely going to come hand in hand with NFC – Near Field Communication – technology on the iPhone 5, with the potential that you’ll also be able to make contactless payments with your phone.

This is all pretty exciting, but it’s worth pointing out that what is going to set the iPhone 5 apart from other handsets in 2013 is more likely to be its software, and not its hardware. Quad-core technology is, by this point, nothing new at all, with handfuls of Android handsets already featuring four cores of power. Near Field Communication has also featured in Android handsets for more than the past year, and it’s doubtful that the iPhone 5 will far outstrip Android’s flagship handset, the Samsung Galaxy S3, at least where hardware is concerned.

So why is the iPhone 5 pipped to dominate 2013? My guess would be software. Not just iOS 6, because many of the new operating system’s improvements will not be felt in full on holder handsets, even the iPhone 4S. (For example, Passbook really won’t be in its element without NFC technology enabled.) So those of you who opt to wait for the iPhone 5’s release are likely doing so for iOS 6. What’s so good about this, then?

For one, Siri is going to be much improved, supporting far more languages and understanding a wider range of topics than ever before. Siri will now understand Italian, Spanish, Mandarin and Korean, among others, and can give you stats on your favourite athletes, as well as collating Rotten Tomatoes results for the movie you might be planning on seeing at the cinema. No longer will you have to ask your partner what film to see; just open up Siri and your answer’s there. Siri will also help you to launch apps in iOS 6; all you have to do is say ‘Launch Temple Run’ and you’ll be running through Aztec temples in no time.

In comparison, Google hasn’t really done too much in terms of software with Android, and particularly in applications; the biggest improvements we saw to Ice Cream Sandwich were probably part of the operating system’s re-jigging of the user interface, which brought Android much more up to date and made it far more usable. There really is no Android alternative to Passbook; at least, certainly not one which will keep everything for you, all in one place. It’s a new idea, and it’s one that I’m sure is bound to catch on.

The growing popularity of iPhones might be having a detrimental effect on the sales of iPads and Macs, however. JP Morgan’s projections for the fourth quarter of this year, when the iPhone 5 is released, also show that iPad and Mac sales will be down. Moskowitz says that “Overall our expectation of stronger iPhone unit sales and the related mix benefits partially counters our lower growth assumptions for the iPad and Mac businesses.” In other words, people only have so much money to spend, and they’re more likely to put it towards iPhones.

With the Samsung Galaxy S3 already set to be the iPhone 5’s main competitor, this autumn is certainly going to be an interesting time in the smartphone industry. While I don’t doubt that sales of the iPhone 5 will be phenomenal, we have to remember that they’re getting into the game quite late, and Samsung have already have a month to start planning their Samsung Galaxy S4. My guess? Apple will, without a doubt, be dominant throughout the first half of 2013, but they’ll face more tough competition from Samsung as summer comes around and the Korean manufacturer releases their next-gen handset. Of course, that’s far into the future. For now, let’s just sit back and enjoy the latest quad-core goodness. 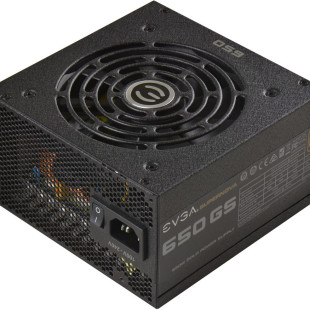 How do casinos keep up with technology?

In order to keep up with advances in technology, as well as the massively competitive and diverse smartphone market, casino, poker and betting operators must similarly adapt, develop and diversify their technology. They have clearly realised this, as while they are yet to use their mobile... 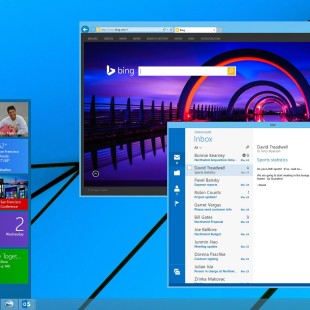 Do you know what September 30, 2014 will likely be remembered for? This is a tricky question so we will help a little here – if you are an IT person you will remember this date with the introduction of Windows 9 – or so we believe. Indeed, the new operating system is expected tomorrow but...