Blizzard Entertainment announced today that the recently released real-time strategy, StarCraft II Wings of Liberty, sold more than one million copies around the world the day it was released, which makes it the best-selling PC game of the year 2010. The game sold more than one and a half million copies in its first 48 hours, setting another record for the fastest-selling strategy game of all time.

“We launched StarCraft II in 11 different languages and on 5 different continents because we wanted to make sure as many players as possible were able to log on and play on day one,” said Mike Morhaime, CEO and cofounder of Blizzard Entertainment. “We’re pleased that so many people around the world have already picked up a copy of the game, and we look forward to welcoming even more players to Battle.net® in the weeks and months ahead.”

“GameStop had more than 3,000 stores open at midnight, so our StarCraft players got a jump start on playing the epic experience Blizzard consistently delivers with its games,” said Bob McKenzie, senior vice president of merchandising at GameStop. “StarCraft II: Wings of Liberty is officially GameStop’s fastest-selling PC game since Blizzard launched World of Warcraft®: Wrath of the Lich King® in 2008.”

For more information on StarCraft II: Wings of Liberty read the announcement and the launch articles or visit the official website at www.starcraft2.com. 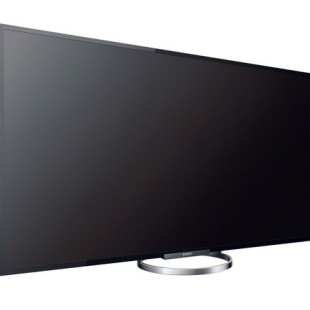 Sony has started the sales of its high-end Bravia W85 TV set. The new company product boasts a very thin chassis and comes with various other technologies such as NFC, Wi-Fi, four HDMI ports, three USB ports and a S-Force Front Surround sound system. As expected before the Bravia W85 comes...