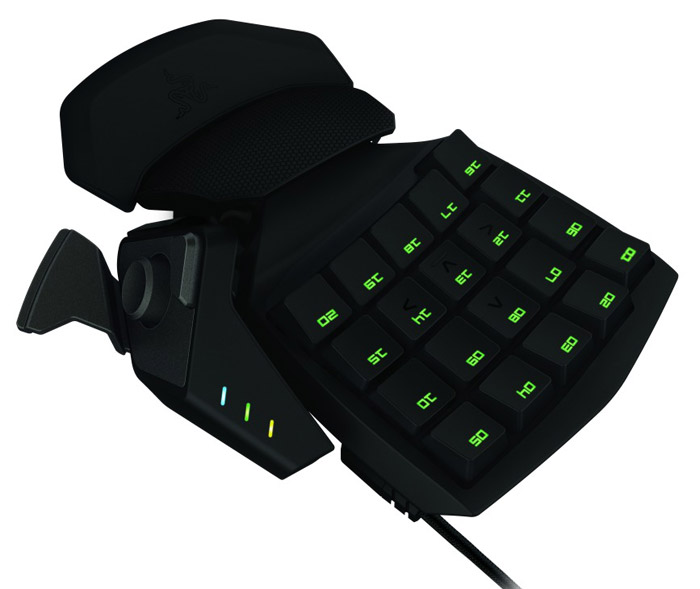 US gaming peripherals maker Razer has launched the Orbweaver – a new gaming keypad that comes to market to replace the current Nostromo generation.

The Orbweaver is a fully mechanical and customizable gaming keypad that offers tournament-grade controls, ergonomics and customization. The entire device measures 154 x 214 x 55 mm and weighs 300 grams offering gamers an infinite number of controls for up to 20 mechanical keys and a programmable eight-way directional thumb-pad. Another great feature is that gamers will need just 50g of force to trigger each key, which ensures very fast execution of commands for the needed edge over opponents. The thumb-pad can be used for movement or as a modifier for endless combinations. Armed with the Razer Orbweaver, gamers will be able to rapidly fire a vast number of spells, macros and abilities at their helpless foes, and they’ll be able to do so with hyper-responsive speed and efficiency.

“The Razer Orbweaver is the ultimate gauntlet of game control,” said Min-Liang Tan, Razer co-founder, CEO and creative director. “The feeling of having every command at hand to destroy the competition in so many different ways is just sublime, and the tactile feedback and fast key actuation from the mechanical key architecture gives you a feeling of satisfaction and an added edge in the games you play.”

The new Razer Orbweaver is available now online for USD 129.99 with worldwide availability expected in Q1 2013.