Activision announced that the Resurgence Downloadable Map Package for Call of Duty: Modern Warfare 2 is now available on the Xbox LIVE Marketplace. The release follows the record-breaking Stimulus Package with millions of gamers joining from around the world.

The Call of Duty: Modern Warfare 2: Resurgence Package is developed by Infinity Ward and published by Activision, and adds five additional multiplayer maps to the game. The maps include three all-new locations plus two redesigned maps from Call of Duty 4: Modern Warfare. The Resurgence Package is now available on the Xbox LIVE Marketplace for the Xbox 360 video game console for only 1,200 Microsoft Points. Infinity Ward will also host a Double Experience weekend for the Xbox LIVE gamers beginning on the 4th of June, to celebrate the release.

Call of Duty: Modern Warfare 2 is Rated Mature by the ESRB for Blood, Intense Violence and Language, and Drug Reference. For more information visit modernwarfare2.com.

LaCie and Neil Poulton once again come up with a new offer which will not only protect your hard drives against hazardous situations but also your DSi, digital camera and everything you could put inside. LaCie Tank is manufactured in Italy and is made of rubber and polypropylene , and has a... 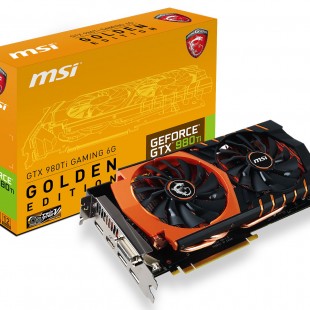 The GeForce GTX 980 Ti is, undoubtedly, a very fine video card, despite being very expensive. That’s why we keep on getting more and more GTX 980 Ti models four months after this card was first released. Today it is MSI day – the Taiwanese company has presented the brand-new GeForce GTX 980 Ti...

Although about a third of all Windows users still run Windows XP, this fact alone has not stopped Java creator Oracle from ending support for Windows XP. Starting on July 15 the quarterly security updates from Oracle will not include any fixes for Windows XP. Oracle has stated on its web site...