Razer aims to bring its precision of PC gaming peripherals to the Xbox 360 with the release of the new elite Xbox 360 controllers – the Razer Onza Standard and Tournament Edition.

The new controllers features Hyperesponse action buttons that Razaer claims are designed with a shorter travel distance and minimized debounce time to increase your actuation speed.  They have also two additional Multi-Function Buttons (MFB) positioned above the trigger buttons which allow you to configure the controller to your individual preferences. The controllers have an improved D-pad for enhanced accuracy and control, and adjustable resistance analog sticks that let you to fine-tune the force needed to tilt the analog stick, “giving you the right resistance to achieve the optimal precision in any genre.”

Razer Onza Xbox 360 Controllers also features Non-slip rubber surface, they are PC compatible and come with 15 foot long braided fiber cable with quick release USB connector. The difference between Tournament Edition and the Standrad Edition is that the first has backlit Hyperesponse action buttons and mentioned adjustable analog sticks. The pre -order starting today with prices for TE version US $49.99 / EU €49.99 and standard for US $39.99 / EU €39.99 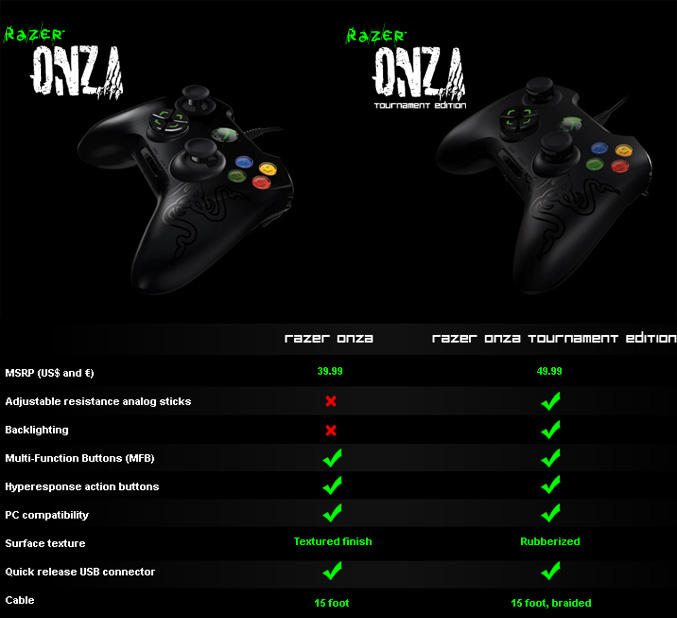