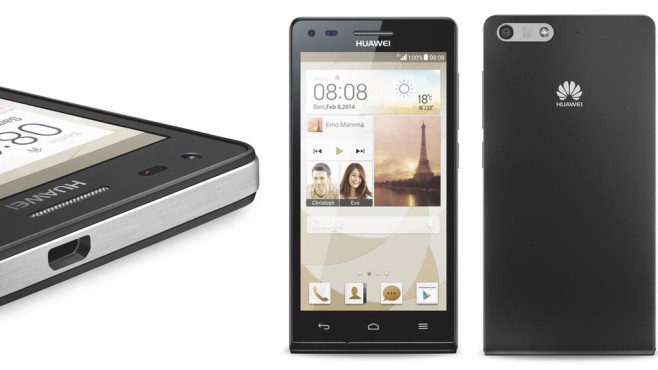 As expected and reported earlier the Chinese smartphone maker Huawei presented the Ascend P7 smartphone on May 7. The new flagship smartphone comes with various improvements when compared to the Ascend P6 and the first one is here – the P7 comes with a more powerful 2500 mAh battery (2000 mAh in the Ascend P6).

The Huawei Ascend P7 also sports a quad-core HiSilicon Kirin 910T processor at 1.8 GHz, Mali-450 MP4 graphics, Wi-Fi, LTE, Bluetooth 4.0, 2 GB of RAM, 16 GB of internal memory and a microSD card slot (up to 32 GB). As to integrated cameras the device has two – the rear one has a 13 MP sensor, while the one up front offers 8 MP of resolution. Finally you get a bigger 5-inch display (4.7-inch in the Ascend P6). The display offers a Full HD resolution, 445 ppi and Gorilla Glass 3 protection.