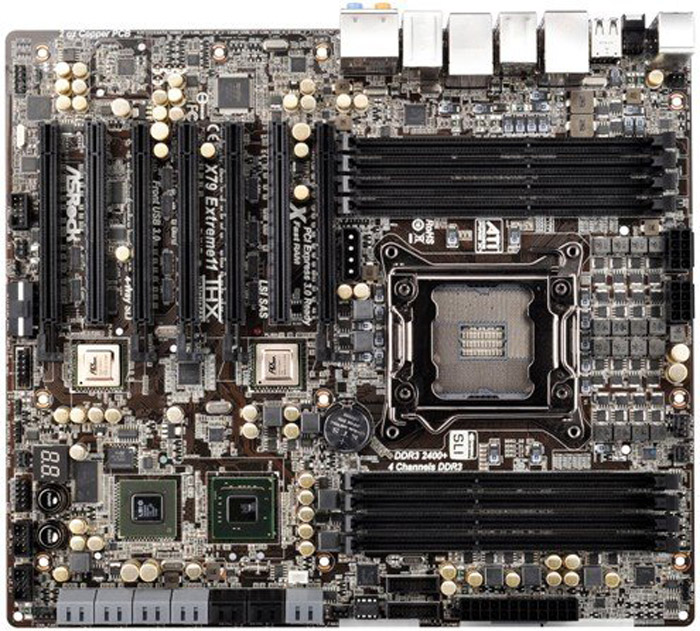 ASRock has been hard pushing into the high-end motherboard market and contrary to many expectations the small Taiwanese company has been quite successful in this endeavor having gained the reputation of a trustworthy partner offering sturdy motherboards. The latest expression of these efforts is the ASRock Z77 Extreme 11 motherboard – which targets Intel’s Ivy Bridge processors and is here to take the place of the current flagship – the Z77 Extreme 9.

The new feature-rich motherboard will come in an EATX form factor and will support all LGA1155 processors. The CPU power delivery consists of 8 + 4 phase design with dual-stack MOSFETS and Digi Power with the motherboard getting power from a single 8-pin EPS power connector. The Z77 Extreme 11 offers four DDR3 DIMM slots for up to 32 GB of DDR3 memory running at 3000 MHz or above.

A launch day has not been set as of now but the motherboard should hit the market soon. Expected pricing is around 400 – 450 USD.