ASRock ups the power of its Beebox mini PCs 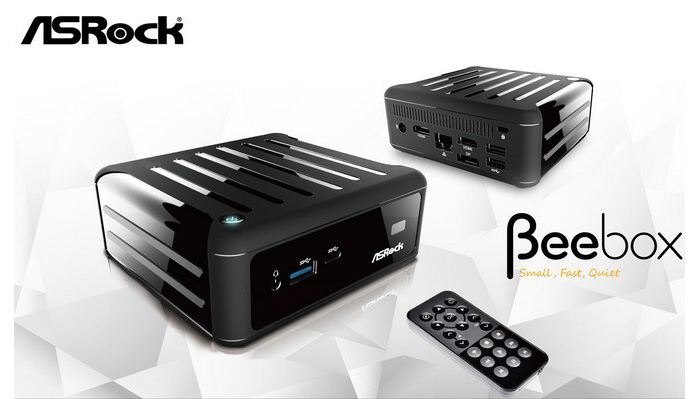 ASRock announced the Beebox family of mini PCs last year at Computex 2015. They were fine devices but were designed for light tasks. This was the reason why the first Beebox mini computers came with Celeron and Pentium processors, which in many cases lacked the power needed for heavy programs.

Fortunately for some users ASRock has decided to significantly increase the computational power of its Beebox computers. That’s why the famous Taiwanese company has introduced a new generation of these computers that comes with Intel Skylake processors inside. The new mini PCs are called Beebox-S and there are two of them. The first one is called Beebox-S 6200U and comes with an Intel Core i5-6200U processor at 2.3 GHz (2.8 GHz Turbo), while the second one is known as Beebox-S 6100U and features an Intel Core i3-6100U processor, which runs at 2.3 GHz.

The new ASRock Beebox-S computers will be in stores by the end of July. The Core i3-based model will sell for around USD 320, while the more powerful Core i5 version will cost around USD 380.