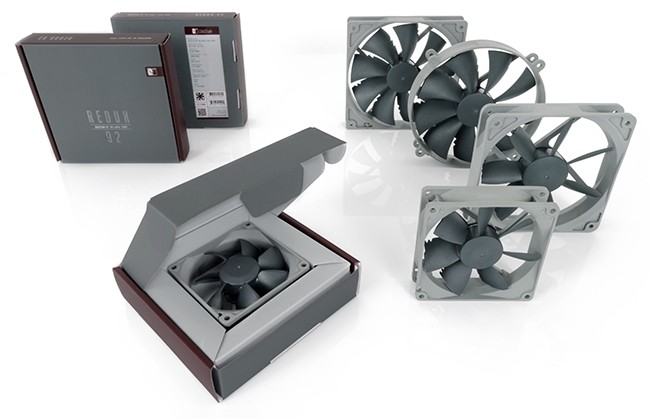 Noctua is a company known for cooling solutions that come with high performance, low noise and high efficiency. There’s one problem with Noctua coolers, though and this is price – the company products cannot be called cheap for sure.

Now Noctua tries to change all this – the Austrian company has announced new cheaper fans that belong to the Redux and industrialPPC lines. Both fan lines possess extra durability, high performance and then water resistance. The Redux fans cost about 75 percent of their corresponding models while the line consists of the NF-P14, NF-S12B, NF-B9 and NF-R8 models. There are two types of these fans – with 3-pin and 4-pin connectors; the latter ones have control of the fan speed. The largest NF-P14 fan will also be available in a round frame too. The new fans are not that expensive – the smallest 80 mm NF-R8 will sell for USD 14.90 while the largest 140 mm fan will cost USD 19.90.

There’s an easy way to distinguish the two families – the Redux line is gray while the industrialPPC is black with brown on the edges.