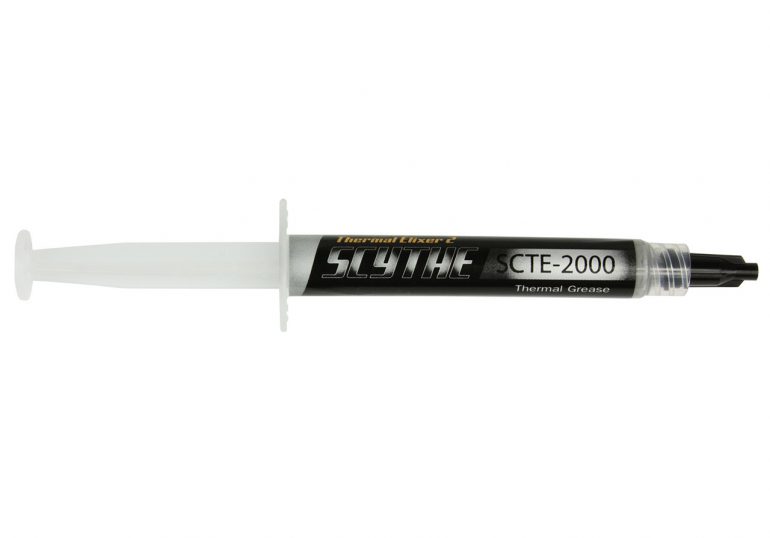 While having a powerful and efficient cooler is important for cooling a CPU, for instance, the thermal compound underneath, which transfers the heat from the CPU to the cooler, is also very important. It has to be efficient and to endure high temperatures for years or otherwise your CPU will keep temps that are higher than normal.

To battle this issue Scythe, which is known for making coolers and fans, has introduced the new Thermal Elixer 2 high performance thermal compound. The new thermal grease is based on users’ feedback and comes with numerous improvements. The Thermal Elixer 2 compound uses the so-called Pure Aluminum Particle Hybrid Technology and includes high quality components only. Thanks to them the Thermal Elixer 2 offers a significant reduction of thermal resistance to 0.013 K/W but even then applying the grease is extremely easy.

Made for long term use the Thermal Elixer 2 by Scythe can be used on all CPUs and GPUs in temperature ranges from -20°C to +120°C. The grease comes in a user-friendly plastic syringe tube that contains 5 grams of it, instead of 3.5 grams as with other thermal compounds. In addition the grease does not need an extended burn-in period, which means it reaches its peak performance shortly after appliance.

The new Scythe thermal grease is available now for EUR 4.60 with no VAT applied.