USB 3.0 (also known as SuperSpeed USB) allows for a maximum data transfer rate of up to 5Gbps, or ten times the throughput available to USB 2.0 based devices. Other enhancements provide for improved interaction between device and host controller, including important advancements in power management. 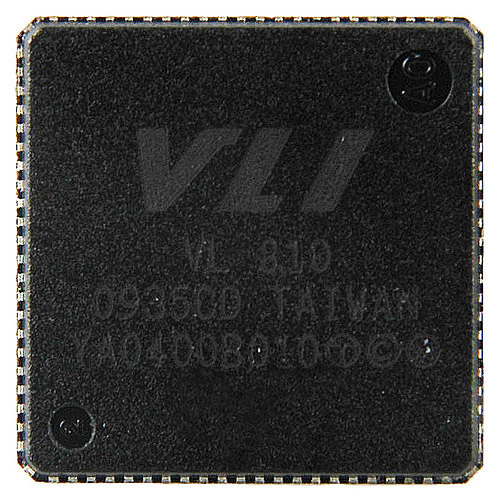 Developed by wholly owned subsidiary company VIA Labs, the VIA VL810 expands a PC’s USB capability by allowing more than one device to be connected to each host port. One upstream port and four downstream ports support not just SuperSpeed transfer, but are also backwards compatible with previous USB specifications and offer support for Hi-Speed (480Mbps), Full-Speed (12Mbps), and Low-Speed (1.5Mbps) traffic.

“The growing emphasis on high-definition multimedia content is placing increasing demands on current data transfer technologies,” said Richard Brown, Vice President of Marketing, VIA Technologies, Inc. “SuperSpeed USB not only makes transferring HD video files, high pixel count digital photos, and backing up hard drives quick and easy, but VIA’s new hub controller allows consumers to get the most out of the technology by expanding the capacity of PC systems.” 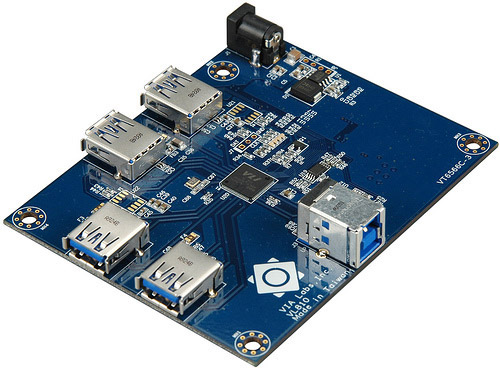 Along with power management features that include the ability for devices to communicate latency tolerance to the host and for links to enter progressively lower power states when link partners are idle, the VIA VL810 is unique in that it is the first USB hub controller to use advanced 80nm CMOS technology, further lowering the chip’s power usage.

Attendees at the annual Lunch@Piero’s media event, to be held during CES in Las Vegas on January 7th and 8th can view a demo of the new VIA VL810 SuperSpeed Hub Controller. More information on the Lunch@Piero’s event can be found on the VIA website at: http://www.via.com.tw/en/company/events/ces2010/index.jsp