Lite-On has just announced its new 6x internal Blu-ray Disc Combo called iHES206. The HES206 provides consumers with an all-in-one solution. Users will have the possibility to play high-definition content, but will also maintain the capability of archiving data onto CD or DVD.

PLDS says in its press release that the iHES206 is “a great solution for enthusiasts who wish to enjoy the advanced technologies of Blu-ray in home-entertainment”.

“Now that Blu-ray is becoming a widely accepted and popular format for High Definition video playback, we want to offer the consumer another solution to enjoy Blu-ray on their PC,” says Jelmer Veldman, Marketing Manager for Lite-On in Europe.

The iHES206 is equipped with LightScribe disc labeling that allows users to burn custom made silkscreen labels with any type of artwork. The product will be launched in November and costs €139. 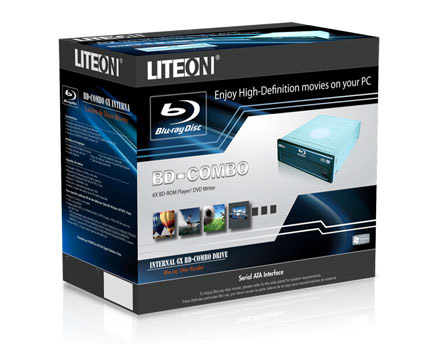