As the successor to the best selling full-featured sub-$100 MP3 player in America, the Sansa Clip+ MP3 player is fully compatible with SanDisk slotRadio™ and slotMusic™ cards, as well as any microSD card pre-loaded with music. By sliding any of these cards into the new Sansa Clip+ memory card slot, music lovers can instantly listen to premium songs and handcrafted playlists without consuming any of the device’s onboard memory. 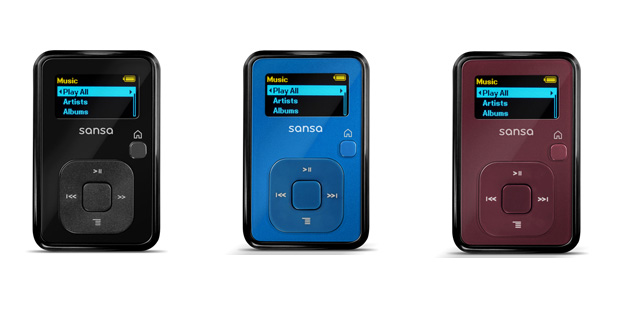 “We made a great product — the Sansa Clip — even better,” said Eric Bone, vice president, retail product marketing, SanDisk. “This small player packs big features, including a new microSD memory card slot that gives music lovers the ability to listen to thousands of additional songs in seconds. It’s the perfect player for travelers, busy moms, fitness buffs or anyone looking to enjoy music without the hassle of loading songs from their computer or updating playlists.”

Consumers can show off their style by choosing the Sansa Clip+ MP3 player in red, blue or black. (Capacity and associated colors vary.)

The Sansa Clip+ MP3 player is the first Windows 7 certified MP3 player (along with the Sansa® Fuze™, Sansa® View, and Sansa® Clip portable media players). This compatibility simplifies the user experience and offers a smooth transition to the forthcoming operating system.