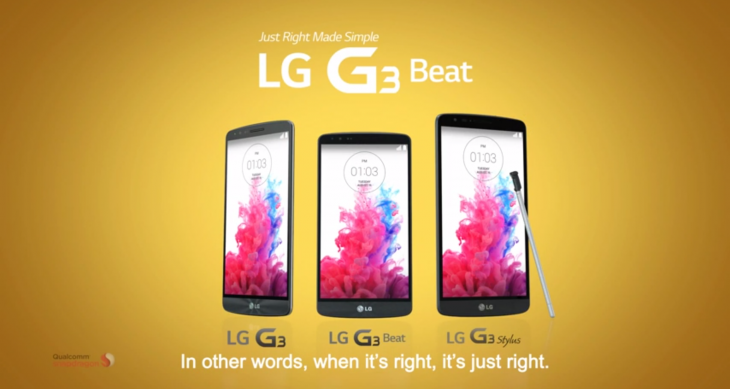 The current LG G3 line includes just two devices as of now – the flagship LG G3 smartphone and its smaller version – the G3s. Well, it seems now that the line will soon include one more device that will be known as LG G3 Stylus.

There’s virtually no information on the upcoming device except that it was spotted online in an LG G3 online video where it appears shortly at the very end. If we take the information from the video we can conclude that the LG G3 Stylus will be a bit larger than the current LG G3 and quite naturally the display will also be a bit larger. There will also be a stylus, of course, so there will surely be some features related to this functionality.

Stay tuned to Hitechreview for more information on the LG G3 Stylus when it gets closer to us!