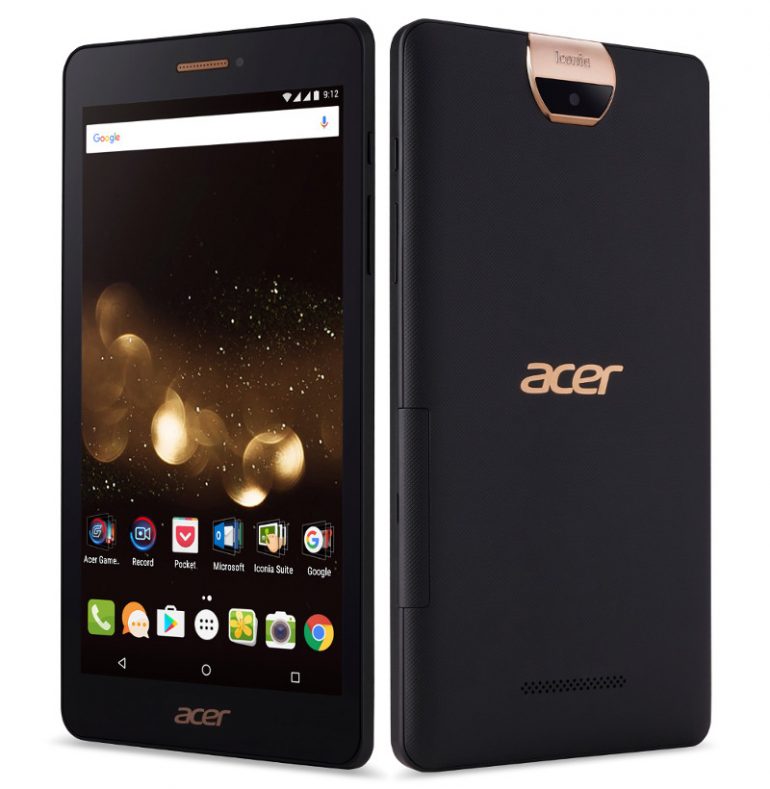 Acer has presented a new digital device that is both a tablet and a smartphone at the same time. Perhaps the correct word for this device is phablet but we are not sure the Iconia Talk S, as the device is called, fully meets the requirements that sit behind the phablet word.

Anyway the Iconia Talk S, which will be officially presented at IFA 2016, features a large 7-inch display, which works at 1280 x 720 pixels. The phablet is based on a MediaTek MT8735 processor and has 2 GB of RAM, 16 GB or 32 GB of internal memory (depending on the model), two SIM card slots, support for LTE and two cameras – the front one has a 2 MP sensor, while the rear one offers 13 MP of picture quality. The tablet-smartphone device measures 191.7 x 101 x 9.35 mm and weighs 260 grams.

The good news is that the Acer Iconia Talk S was expected to sell for around EUR 199. Instead this tablet-smartphone-phablet gadget will be available for EUR 169.