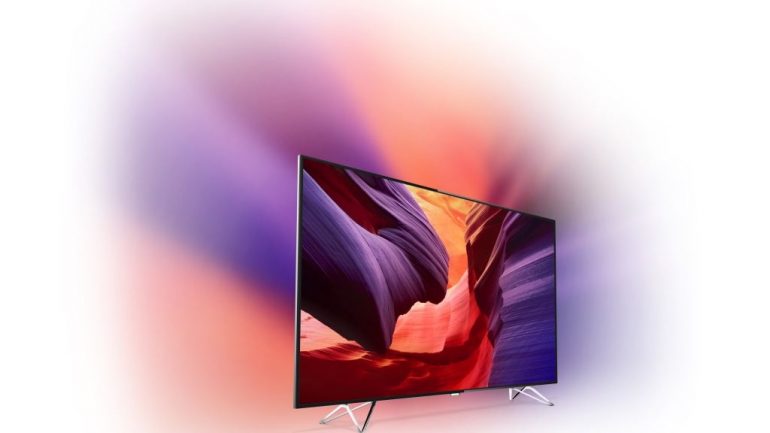 We don’t normally write about TV sets since new models usually do not come out on a daily basis like it happens with computer hardware but today is an exception – we have learned of an upcoming new 4K TV set by Philips, which deserves a few words.

The new TV set carries the 65PUS8901 model name and sports a 65-inch display, thin bezels, panel thickness of 17 mm and a powerful quad-core processor inside. The main perk of the Philips 65PUS8901 is elsewhere, though – the TV set comes with an innovative technology called AmbiLux that has come to replace the well-known Ambilight. The new AmbiLux technology uses nine ultra small projectors on the rear panel that transfer the image on the TV display to the wall behind, thus creating some really spectacular visual effects. The new unique technology creates a bright image with excellent color reproduction around the TV set, while at the same time providing a high contrast level and gorgeous picture effects.

The Philips 65PUS8901 runs Android TV and will become available sometime in Q4 2015. Its price is unknown as of now, though.