JVC has announced the release of its GC-PX10 hybrid camera which thanks to company’s FALCONBRID high speed imaging engine can shoots 12 megapixel stills and Full HD 1920 x 1080/60p videos at 36Mbps, as well as  it is also capable of 60 shots per second still image shooting (at 8.3-megapixel) and an impressive 300 frames-per-second video recording for high-quality super-slow motion. But that’s not all, the camera can even shoot 8.3 megapixel stills and and Full HD video simultaneously. 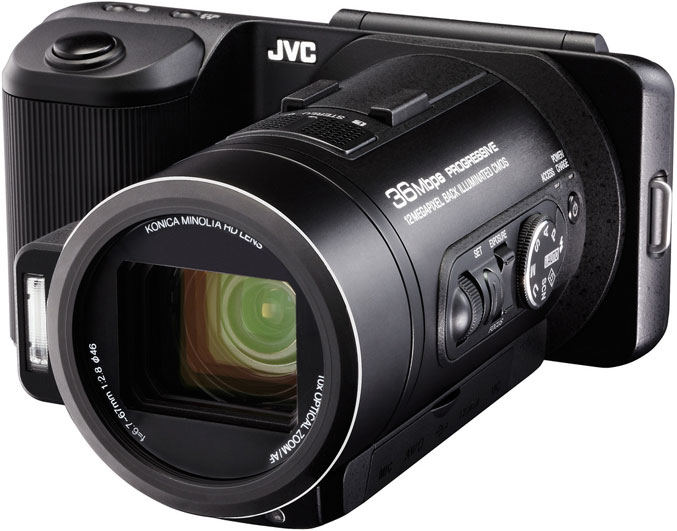 The camera is equipped with  microphone output and headphone input, has 32GB of internal memory, HDMI output and slot for SDXC/SDHC/SD cards. It will be available this month for $899.95.