Samsung announced the Samsung DualView Cameras, the TL225 and TL220. These 12.2 mega-pixel, innovative compact digital cameras feature Dual LCD screens, with one LCD on the front of the camera, and a second one on the back of the camera, to give consumers the ability to truly step out from behind the camera and put themselves in the picture.

It’s also a handy feature for those involved with social networking Web sites, such as Facebook, as it you the ability to take the perfect profile pics! Since you can see exactly what the camera sees in the front LCD, you can better frame yourself in the photo and capture the shot the way you want it – the first time. 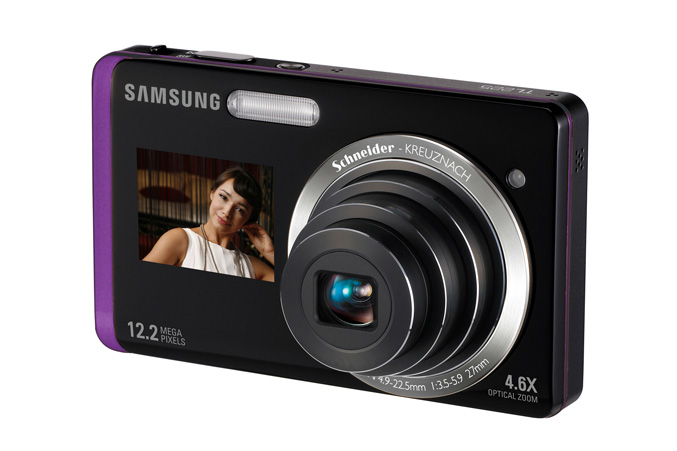 Parents can also benefit from Samsung DualView Cameras as they make it easy to snap better shots of their kids. For example, when the cameras’ “Child mode” is selected, it will play a cartoon animation on the front LCD screen to help keep kids’ attention in order to take a great photo.

The new TL225 in particular impresses with a huge 3.5 inch wide touch-screen LCD. At 1,125K resolution, the TL225’s LCD screen offers one of the highest resolutions of any display on a digital camera ensuring the best viewing experience, even in direct sunlight. Samsung DualView Cameras also offer the intuitive Smart Gesture User Interface. This new user interface simplifies the way users change camera settings, and makes it fun at the same time. Each time an option is selected on the LCD touch-screen, the camera will respond with a short and subtle vibration. Additionally, users can take advantage of shortcuts, such as the ability to rotate an image by drawing a circle, or deleting it by drawing an “x”, right on the LCD screen. 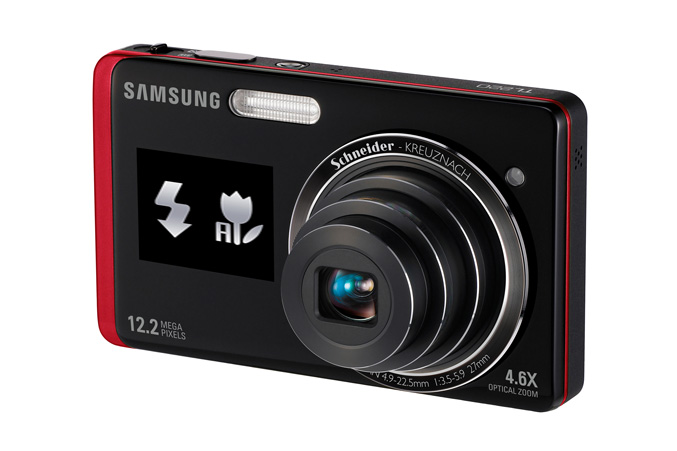 What’s more is that the 12.2 mega-pixel TL225 and TL220 each come standard with 4.6x, 27mm wide angle Schneider-KREUZNACH lenses and both Optical and Digital Image Stabilization, for great images everytime.