* As an integrated twin-lens Full HD 3D camcorder capable of recording Full HD 3D video to Memory Cards. As of January 2010 (based on our investigation)

Current 3D systems are large-scale setups in which two cameras are fitted to a rig in parallel, or vertically intersect across a half-mirror. Separate recorders are also required. In Panasonic’s new Full HD 3D camcorder, the lenses, camera head, and a dual Memory Card recorder are integrated into a single, lightweight body. The camcorder also incorporates stereoscopic adjustment controls making it easier to use and operate.

The twin-lens system adopted in the camcorder’s optical section allows the convergence point** to be adjusted. Functions for automatically correcting horizontal and vertical displacement are also provided. Conventional 3D camera systems require these adjustments to be made by means of a PC or an external video processor. This new camcorder, however, will automatically recalibrate without any need for external equipment, allowing immediate 3D image capture.

Right and left Full HD video streams of the twin-lens 3D camcorder can be recorded as files on SDHC/SD Memory Cards, ensuring higher reliability than on other tape, optical disc, HDD or other mechanical-based recording systems. This solid-state, no-moving-parts design will help significantly reduce maintenance costs, and the 3D camcorder will be better able to perform in extreme environments and be more resistant to temperature extremes, shock, and vibration.

And users will enjoy a fast, highly-productive file-based workflow, with instant, random access to recorded content; easy plug-in to both Mac and PC-based platforms; and longer recording capacity.

Movie companies and content producers are eager to produce more 3D content. 3D video is set to become a mainstream motion picture technology. In response to the resurgence of 3D movies, in September 2009, Panasonic proposed the world’s first 3D home theater systems, based around 3D-enabled Blu-ray Disc players and Plasma TVs (announced and exhibited at CEATEC 2008). In February 2009, the company established the Advanced Authoring Center (within Panasonic Hollywood Laboratory) – at which 3D movies are authored for replication on 3D Blu-ray Discs (announced at CES 2009). Currently, producing 3D movies is a painstaking process. Panasonic intends to promote the production of high-quality 3D video content by accelerating the development of 3D video production systems designed to boost production speed and efficiency.

Conventional 3D camera systems are built from two off-the-shelf film or broadcast cameras. Normally, the two cameras are installed horizontally and side by side, with the right and left camera axes approximately 6.5 cm apart – equivalent to the distance between the human eyes – to create binocular parallax. This can be done with small cameras, but broadcast or film cameras cannot be installed side by side since their bodies and lenses are too large. They must be installed vertically using half-mirrors, or mounted on metal frames called rigs, using prisms. This results in a bulky system that must be carefully adjusted to prevent the right and left cameras from going out of alignment before image capture. In addition, if the system is moved, the shock or vibration inevitably puts the cameras out of alignment, making frequent re-adjustment necessary.

In this fully-integrated Full HD 3D camcorder that Panasonic has developed, the two lenses, camera head, and memory card recorder are incorporated into a single compact housing. Unlike large 3D camera systems, this camcorder allows video shooting with greater mobility and from all angles; significantly reducing the time required for set up and adjustments, thereby leaving more time for creative activities. 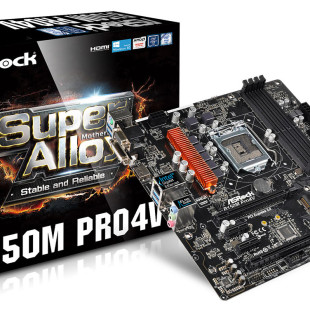 ASRock has announced one more budget-oriented motherboard for people who want to make a cheap Skylake system. The board this time is called B150M Pro4V and unlike the recently reviewed ASRock H110M-HDVP that has support for legacy hardware, the B150M Pro4V offers all modern technologies for your... 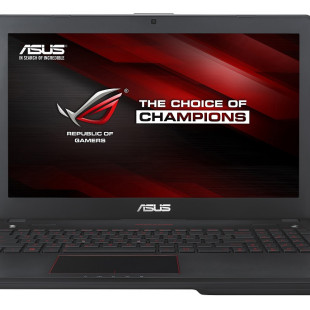 Gaming on the go will get a little more popular as the Taiwanese ASUS currently works on a new gaming notebook that will sell under the ROG G56JR brand name. The ROG moniker stands for Republic Of Gamers and this means that you will be getting some advanced technology. The ASUS ROG G56JR will...