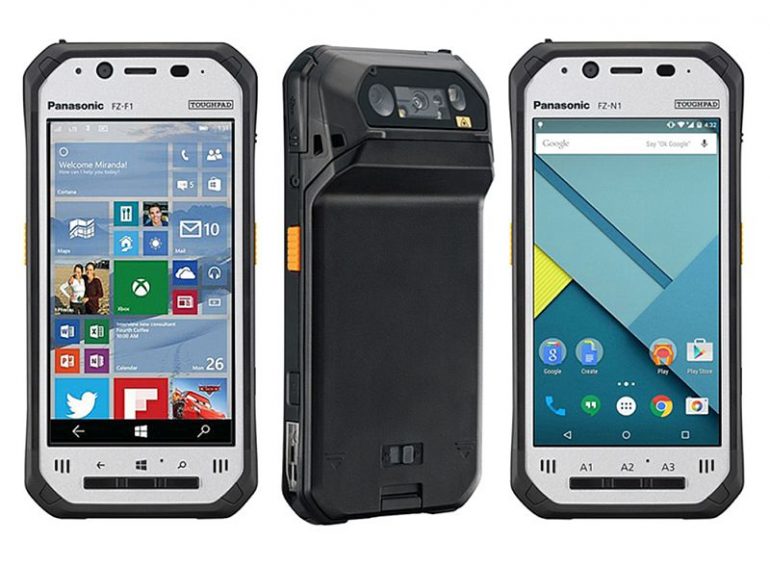 The on-going MWC 2016 exhibition has seen one more unusual device – a smartphone by Panasonic that comes with the rather high price of USD 1500. We have seen even more expensive smartphones but they were priced that way simply because of the materials used such as leather, diamonds and so on. The story of the new Panasonic smartphone, however, is rather different but simple at the same time.

The new Panasonic smartphone costs USD 1500 because it is a seriously rugged device. The smartphone is called FZ-N1 and has been designed for use by people who are into the construction business, the military and other similar areas. Panasonic says the new smartphone has a drop rating of 6 and that it can endure 2000 consecutive 1-meter drops with no problems. The FZ-N1is also completely protected against dust and dirt and is fully submersible – the communicator can spend 30 minutes at depths of up to 1 meter with no issues at all. The display of the device has also been made extra sturdy.

On the inside the Panasonic FZ-N1 does not really shine but at the same time we cannot complain – the smartphone, which has a 4.7-inch HD display, offers a quad-core Snapdragon 801 processor at 2.3 GHz, Adreno 330 graphics, 2 GB of RAM and 16 GB of internal memory. The storage memory can be expanded via the provided microSD slot (up to 64 GB) and there also are an 8 MP rear camera with a LED flash, a front 5 MP camera, dual-SIM support, Bluetooth, NFC, Wi-Fi and a 3200 mAh battery with an optional 6200 mAh battery also possible. The FZ-N1 runs Android 5.1.1 Lollipop as of now but there’s no information whether the mobile OS can be upgraded to Android 6.0 Marshmallow.

Along with the FZ-N1 Panasonic also unveiled its sibling – the FZ-F1 smartphone, which happens to be an exact copy save for the OS department and the price. The FZ-F1 runs Windows 10 IoT Mobile Enterprise Edition and costs USD 1599.