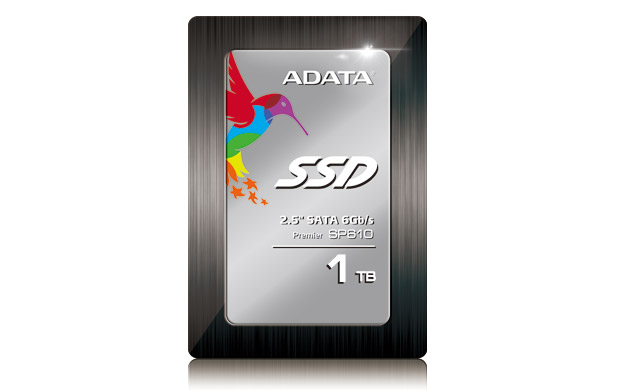 The famous Taiwanese maker of SSDs and computer memory ADATA has announced an entirely new line of solid-state drives (SSDs). The new line is known as Premier SP610 and comes based on SMI memory controllers.

The Premier SP610 line offers four models with capacities of 128 GB, 256 GB, 512 GB and 1024 GB. All models make use of 19 nm MLC NAND flash memory and support SATA 3.0. The drives reach 560 MB/sec of read speed and 450 MB/sec of write speed, 73 000 IOPS while reading and 72 000 IOPS while writing. MTFB reaches 1.2 million hours and the drives need just 90 milliwatts of power when operating. The drives come in the common 2.5-inch form factor and are just 7 mm thick; in case your case cannot handle such a SSD ADATA provides a converter too that will allow you to install it in a 3.5-inch bay.

The new ADATA drives pack additional software with them such as the Intel Solid-State Drive Toolbox software program that allows end users to manipulate the usage of the SSD. ADATA is also proud to announce that the Premier SP610 line keeps working at high speed even when the SSD is almost full.

The prices of the new SSDs are unknown at the moment.