After covering the action genre we are now into the racing one with a game called DodgeFall. Here you will have to drive a car from point A to point B without getting out of the track.

The gameplay is simple – you get a sports car that you can upgrade after finishing a few levels. The actual gameplay is nothing special – once a level starts the car automatically accelerates and all you have to do is steer left and right by touching two buttons on the display. You must collect colorful balls that bring you benefits, while avoiding obstacles and trying to stay on the track. This is not easy since the obstacles are everywhere – if you hit them (a wall for instance) the car will not be destroyed but you will be greatly slowed. Get off the track and everything ends. So the goal here is to make it to the final and then complete all levels that DodgeFall brings – if you can. It is also important to note that in DodgeFall there are no other competitors – you are on your own.

DodgeFall, however, fails in the graphics department. All the action takes place in a strange, futuristic world, and the game creates this place by using 3D visuals. Unfortunately the graphics are not beautiful – we would even say that they are very simple. It is as if everything is made of rectangular and square objects. Yet, it seems the visuals are demanding because the game was choppy. We wonder how the developers of DodgeFall have achieved this but the results are here.

All in all DodgeFall is decent game but we have to say that the gameplay is tough and the visuals are nothing special. These are the two big drawbacks the game has and we would only mark it as an average game, if not worse. Fans of the genre can try DodgeFall but they should not expect too much. Then again you may like DodgeFall – who knows?

DodgeFall is here on Google Play. 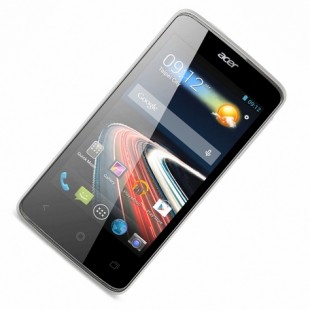 The Taiwanese hardware maker Acer has released a new budget-oriented smartphone. The so called Liquid Z4 smartphone is thin at 9.7 mm and weighs just 130 grams. Users will be able to choose between two colors – white and black – for the chassis. The Liquid Z4 comes with a dual-core processor...

Casio America has announced a new family of lamp-free projectors, which are equipped with Casio’s hybrid lighting system that  combines a laser, a fluorescent elements and LEDs. The company present a total number of 12 new projectors, in three categories - Signature, PRO and Short-Throw...

Computers have been getting more and more power hungry in the past decade. While 10 years ago a 300 W power supply unit (PSU) would do the job, today’s computers require much more power to run the way they should. Antec has been addressing the issue with the release of various powerful PSUs...