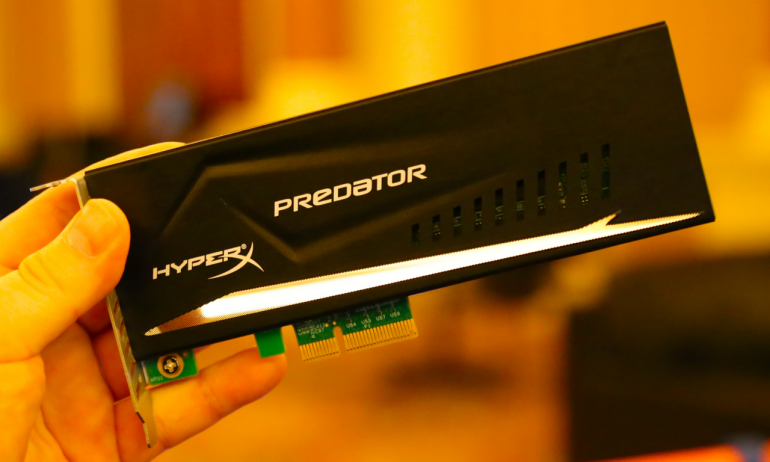 “HyperX is happy to soon unleash its fastest HyperX SSD to date. The PCIe form factor showcases extreme speeds while processing both compressed and uncompressed data,” said Lawrence Yang, business manager, HyperX. “We worked closely with Marvell to engineer this HyperX Predator PCIe SSD for higher performance and it more than delivers through its ultra-responsive multi-tasking and faster system performance.”

The new Kingston SSD line offers three models with capacities of 240 GB, 480 GB and 960 GB. Thanks to the usage of the Marvell 88SS9293 memory controller and the used PCIe 2.0 x4 interface, the SSDs reach 1400 MB/sec of read speed and 1000 MB/sec of write speed. The solid-state drives come in the M.2 form factor and ensure next generation platform support. An optional half-weight, half-length (HHHL) adapter is also available for many existing motherboards with no M.2 socket installed.