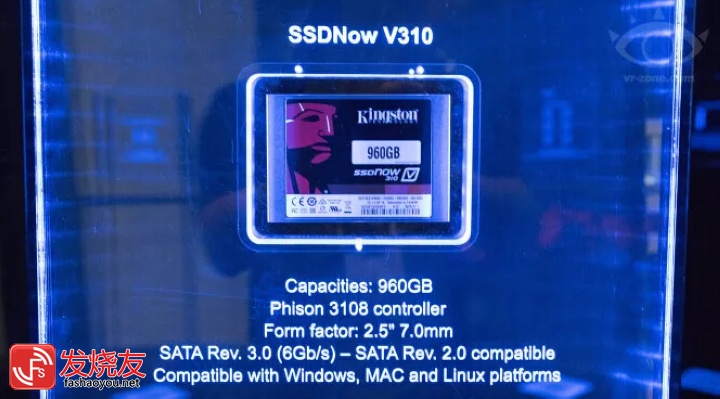 The US maker of computer memory and solid-state drives Kingston Technology has announced the market appearance of its latest SSDNow V310 solid-state drive line. The newcomer has arrived to replace the current SSDNow V300 line and offers 120 GB, 240 GB, 480 GB and 960 GB models with all of them based on 20 nm NAND flash memory by Micron and Phison PS3108 memory controllers.

The rest of the specs do not offer any surprises as the drives come in the common 2.5-inch form factor and feature a width of 7 mm, which means you can install one of these in notebooks and ultrabooks. In addition to that the drives support SATA 3.0 as well as Windows, Mac OS and Linux.

Unfortunately Kingston has not shared any information on the speed and the pricing of the drives but it is expected that they will be significantly faster than their predecessors because Kingston says the data transfer rate of compressed and uncompressed data is the same.