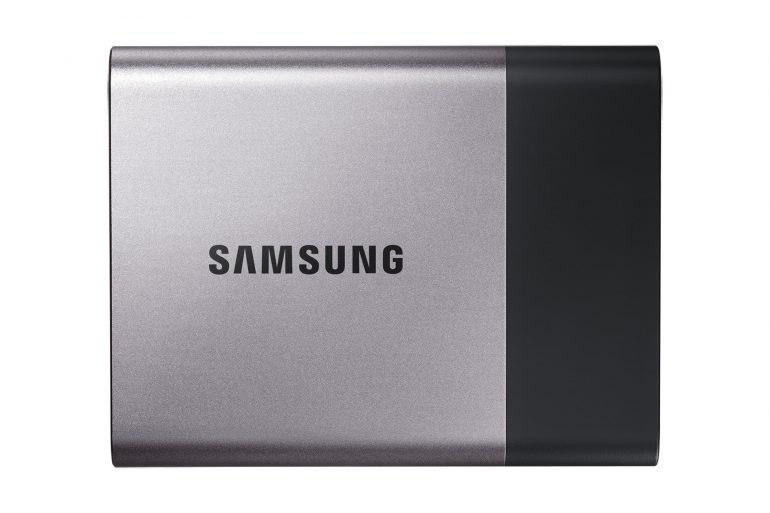 The new Portable SSD T3 is based on Vertical NAND (V-NAND) flash memory and offers SSD TurboWrite technology, which enables quick transfers of files. Thanks to capacities of 250 GB, 500 GB, 1 TB and 2 TB the Portable SSD T3 has enough space to store all kinds of files for all kinds of people.

“Following the successful worldwide launch of the Portable SSD T1 in 2015, we made several significant upgrades to the T3 based on the feedback and needs of our customers, which included content creators and business professionals in particular,” said Un-Soo Kim, Senior Vice President of Brand Product Marketing, Memory Business at Samsung Electronics. “As such, the T3 delivers the outstanding performance, storage capacity and durability needed from an external storage device for today’s mobile lifestyle, without compromising on style or security. It’s the new portable external storage drive users can depend on in any situation or environment.”

Thanks to the use of a USB 3.1 connector, the Portable SSD T3 reaches blazing fast sequential read and write speeds of 450 MB/sec, which is four times faster than alternative external HDD solutions. The Portable SSD T3 is housed in a new shock-resistant metal case that has an internal frame and thanks to this the SSD can withstand up to 1500G of force and will survive a drop of up to two meters. In addition to this the drive has an integrated Thermal Guard sensor that prevents overheating in extreme temperatures. Despite the sturdy chassis the Portable SSD T3 is as large as an average business card and weighs just 51 grams, thus allowing users to easily carry large amounts of data with them anywhere.

The new Portable SSD T3 is compatible with Android devices as well as Mac and PC computers. The drive will be in stores in February 2016 and will be available in the USA, China, South Korea and select European countries first before becoming available worldwide. The Portable SSD T3 comes with a 3-year warranty but as of now we do not have pricing details.