LG presents the AKA family of smartphones 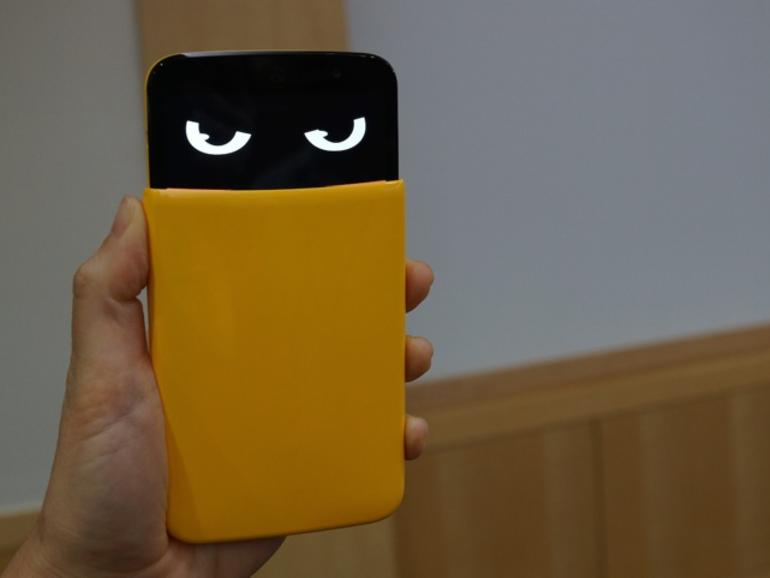 LG has presented a new line of smartphones called AKA but don’t think it consists of some smartphones that you can throw around and then forget about them. No, the AKA is something more – a line of smartphones that are “alive”. In other words they feature a special cover that leaves the top of the display exposed at all times where you can see eyes that follow you around and try to connect with you emotionally. There’s more though – the facial expression of the smartphone changes depending on the smartphone status – low battery, incoming calls and others. Thus if you shake the smartphone the eyes get dizzy, if you have a message they look down, etc.

Obviously AKA targets young people and this is the reason it comes in four colors – yellow, blue, white and pink. Given that each version has a personality of its own, you get names too – thus the yellow version is called Eggy, the blue one carries the Soul name, the white and pink ones are called Wookie and YoYo, respectively. Depending on the color and hence the name the default smartphone expression is different.

The LG AKA line is now available in South Korea where you can get one for USD 455. It is unclear as of now if LG plans to release the new smartphone line around the world so if you are outside of South Korea you may not be able to get one for Christmas.