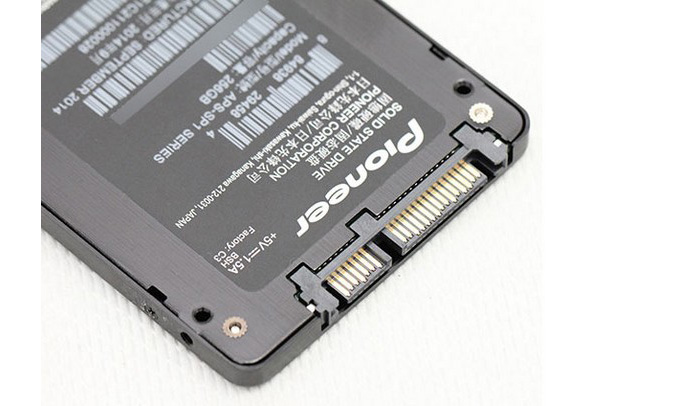 The Japanese maker of optical disk drives and audio systems Pioneer has joined the list of solid-state drive makers. The first Pioneer SSDs now belong to the company’s new APS-SP1 line and use dual-core Marvell controllers.

There isn’t that much information on the new SSDs except that they feature 16/19/20 nm synchronous MLC NAND flash memory and come in the popular 2.5-inch form factor. This means that the new SSD line will use memory made by various manufacturers and in particular MLC NAND from Intel (20 nm), Micron (16 nm) and 19 nm MLC ToggleNAND from Toshiba. The situation with the memory controllers is the same – depending on the drive it will either come with a Marvell 88SS9187 controller at 384 MHz or a Marvell 88SS9189 controller at 400 MHz. There are two capacities only as of now – 128 GB and 256 GB. In the worst case scenario these drives achieve 540 MB/sec of sequential read speed while the write speed differs – the 128 GB model reaches 345 MB/sec while the 256 GB offers 430 MB/sec. The drives also support SMART, TRIM, NCQ, APM and DevSleep technologies.

Both models come with a 3-year warranty but there is no information on the pricing as of now.