To achieve this, the technicians at Sage Microelectronics have developed a few new ideas. For example unlike most SSD controllers, which work with individual flash memory chips, the new Sage S68X SSD memory controller generation uses SD, MMC and eMMC modules. Data then gets stripped across up to 10 parallel channels, each of which can host up to four flash devices. Thus a 10 x 4 x 128 GB “array” is what you need to get to 5 TB of space and redundancy does not appear to be a part of this picture. The new controller makes use of a multi-core architecture – one RISC core deals with the SATA 2.0 interface, while another works with the memory channels. Yes, you read that right – the Sage S68X is capped at SATA 2.0 speeds. Quite naturally then the controller cannot set speed records – expect maximum sequential rates of up to 260 MB/sec for reads and 225 MB/sec for writes. No information on random I/O rates was also provided.

Despite the SATA 2.0 drawback the new Sage S68X controller looks promising. The device costs just USD 5, allows SSD makers to produce solid-state drives with monstrous capacities at the same per-gig cost as conventional SSDs and packs some interesting tech features. Moreover the controller is already shipping in a 2.5-inch SSD with a capacity of 2.5 TB.

What do you think? Will you buy a SSD with a Sage S68X controller inside? 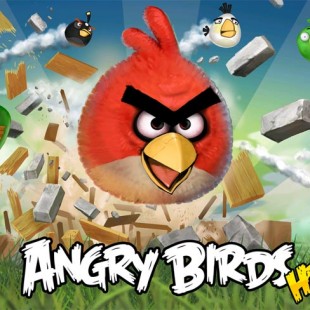 The very popular Angry Birds game will soon be available for the Xbox 360, PlayStation 3 and Nintendo 3DS gaming platforms, the creators of the game at Rovio have announced. What’s even more exciting is that Angry Birds will be available in the form of a trilogy that will include the original...