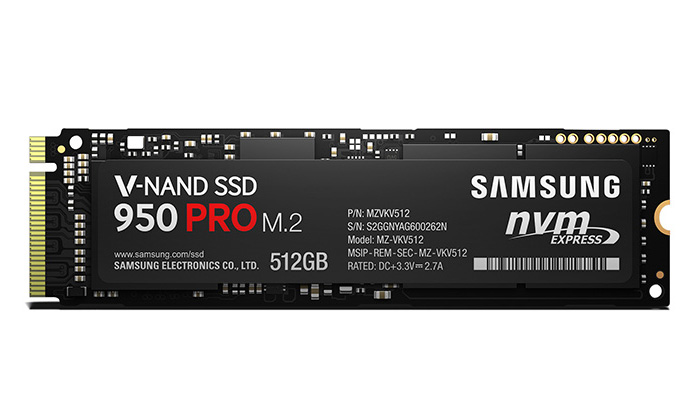 The new line includes two models as of now with capacities of 256 GB and 512 GB with a 1 TB version in the works. The Samsung 950 Pro line is based on Non-Volatile Memory Express technology and includes MLC 3D V-NAND flash memory. As to performance expect up to 2500 MB/sec of read speed and up to 1500 MB/sec of write speed as well as up to 300 000 IOPS while reading and up to 111 000 IOPS while writing. The SSDs feature 256-bit AES encryption and the innovative Dynamic Thernal Guard technology which protects the SSDs from overheating and data loss due to high internal temperatures.