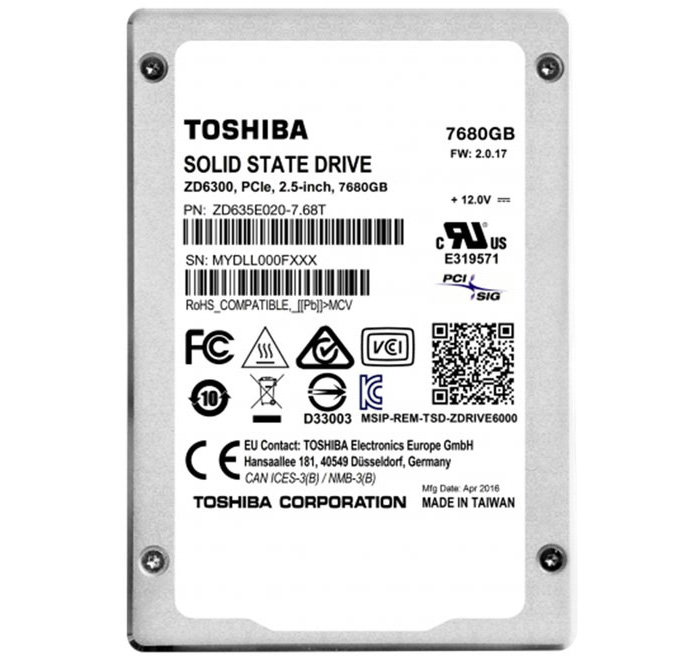 Toshiba has announced the successful launch of the ZD6000 line of solid-state drives. The main feature here is the humongous capacities that the line offers – there’s a model that can carry 7680 GB of data. This makes the model the highest capacity SSD Toshiba has offered to date.

All ZD6000 SSDs support NVMe and feature two ports. They also come in the common 2.5-inch form factor and reach up to 2700 MB/sec of sequential read speed and up to 1400 MB/sec of sequential write speed. All remaining tech specs are unknown but Toshiba has promised it would provide them later. Starting with 800 GB of capacity, the ZD6000 SSD line is targeted at enterprises and features mean time between failures of 2 million hours.

No word on pricing as of now – we are still expecting the remaining tech specs of the ZD6000 line plus the price list.