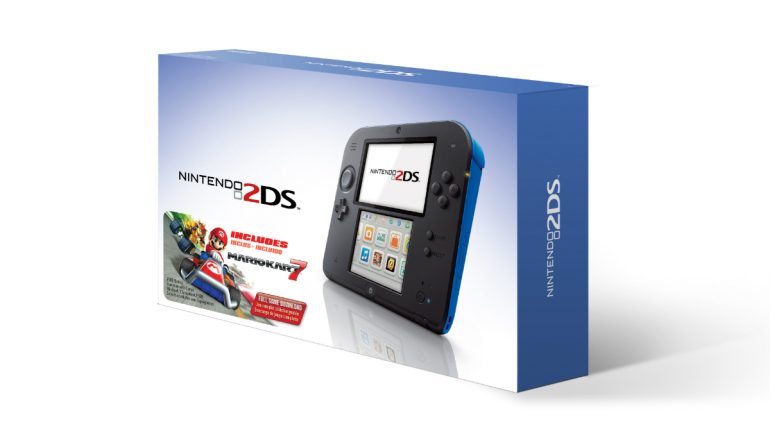 If you are saving money for one of Nintendo’s 2DS gaming systems, we have some good news for you – Nintendo will drop the price of the portable gaming system from USD 130 to USD 99.99 on August 30. So if you have more than USD 100 but less than USD 130, you are good; if you have all the money, then wait 10 more days before you purchase a 2DS system.

True, the 2DS lacks 3D visuals and comes in a simple plastic block but even then the savings are there. The device also has two displays, an analog pad, four action buttons, a stylus and a directional pad and it plays most games designed for the Nintendo 3DS and DS. In addition the USD 100 models of the 2DS will come with a copy of Mario Kart 7, just like the older, more expensive version.

The Nintendo 2DS was released back in October 2013 and enjoyed considerable market success with people who don’t care for 3D gaming. So far Nintendo has sold 2.1 million units of the small gaming device.