The guys from CM Storm has introduced their latest weapon for FPS gamers that prefer a claw grip, the Xornet gaming mouse which features minimalistic design with sweat proof, anti-slip rubber side grips and textured stealth black finish.

This wired mouse has five buttons+2 fix function buttons, it is equipped with 2000 DPI sensor which can be adjusted on-the-fly between 500, 1000, and 2000 presets, an ultra-step wheel encoder for more accurate scrolling, and Japanese-made Omron micro-switches which guarantees a minimum amount of 5 million clicks, giving extended life-span. 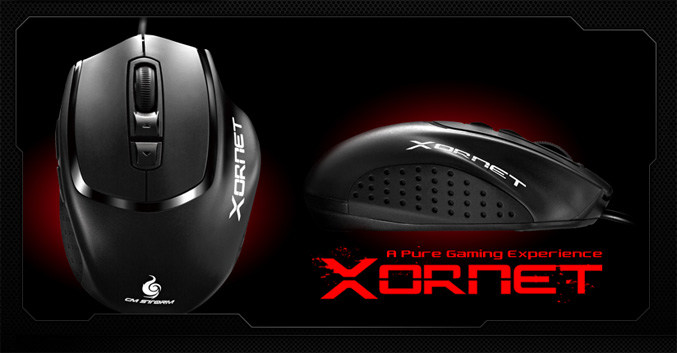 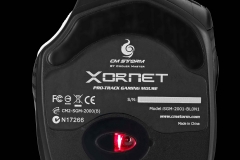 CM Storm Xornet also features an anti-drift architecture, that promises stable and precise tracking when lifts and drops occur and according to the manufacturer is the first mouse with on-the-fly USB speed adjustments, that will let you switch from 125Hz to 250Hz, 500Hz or 1000Hz via a button.The mouse measures (L) 107 X (W) 75 X (H) 35 mm and weighs 142 g, and is expected to go on sale later this month for $29.99.