The leading manufacturer of precision game and lifestyle peripherals, Razer, has added Australia’s Team Legacy to their list of premier e-sports teams.

Team Legacy has been dominating the Counter-Strike: Source e-sport scene in Australia. They have also recently added a Call of Duty 4: Modern Warfare team to their ranks. They have also competed and won some of Australia’s Top Tournaments, like DarkMedia LAN in April, July and November 2009, and Respawn 16 in April, 2010.

Captain of Team Legacy’s Counter-Strike: Source Team, Fonti, said that the partnership between Razer and Legacy will set a new precedent in Australian e-sports, and that since the creation of Legacy, they have always had the goal to be the best. He also explained that Legacy is incredibly delighted to be working with undoubtedly the world’s greatest gaming peripheral manufacturer, and that they intend to uphold the beliefs held by all members of the Razer community, which is winning. Fonti also added that they hope to work closely with Razer in the coming year to benefit the entire gaming community, and not just their selves.

President of Razer, Robert “Razerguy” Karkoff, said that Razer has always had good support in Australia, and that they are very glad to have Team Legacy as their gaming partners. He also said that this partnership is great for both their brands as they look to continue their strong presence in the Australian gaming arena.

We Heart It - an app for every day

We Heart It is a free app that will surely make you smile every time you open it. The main purpose of this application is to make you feel better and this is why it comes with a number of inspirational images that will make your day a little more fun. The app features high...

The Citigroup analyst Mark Mahaney has released a report that states Amazon is currently working on a new smartphone that will be launched in Q4 2012 for a price between 150 USD and 170 USD. In fact he also claims that the Chinese company Foxconn is already producing it. The rumor may as... 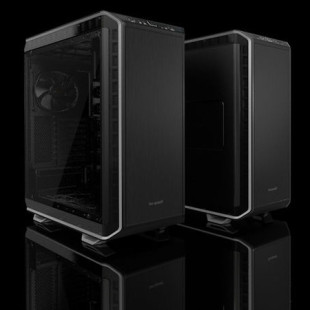 The German maker of power supply units and PC cases Be Quiet! has announced the appearance of two new cases called Dark Base 900 and Dark Base 900 Pro. Both models are high-end PC cases and offer the Super Mid-Tower form factor but they differ from Be Quiet!’s Silent Base computer chassis in...