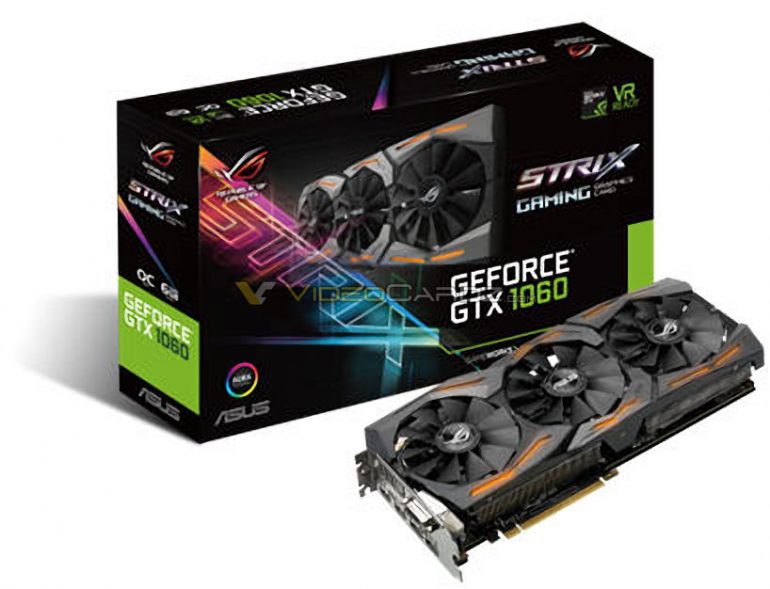 The new Pascal GPU family has come with one great future – the chips inside the line not only work at very high clock speeds but they are also a great choice for overclocking. The GeForce GTX 1070 and GTX 1080 have already achieved some great results in the hands of overclockers so why shouldn’t the GeForce GTX 1060 do the same?

The GTX 1060 Strix is the first attempt of ASUS to achieve just that. In fact this will be the first card of the GTX 1060 family that will come with a GPU that runs at more than 1600 MHz right out of the box. According to the information that we have the GPU inside the ASUS Strix GeForce GTX 1060 will run at 1645 MHz and will reach 1873 MHz in Turbo mode. The memory – 6 GB of GDDR5 – will work at 8208 MHz. The card will also have one DVI-D port and two DisplayPort 1.4 connectors. The video card will also use an 8-pin power connector in order to get all the energy that it needs.

It is unclear when the Strix GTX 1060 will be with us and at what cost.