The initial lineup of TV shows available for download to own beginning in February will include a growing library of current popular shows including MTV’s The City, COMEDY CENTRAL’s Emmy and Peabody-Award winning South Park, Nickelodeon’s SpongeBob SquarePants and VH1’s Rock of Love Bus with Bret Michaels. New shows premiering in the spring will be added as they become available. 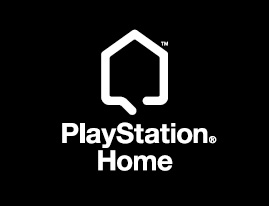 The PlayStation Network video delivery service provides consumers with an exceptional entertainment experience as it adds movies, TV and exclusive content for rental or purchase to its already comprehensive lineup of games, demos, trailers and variety of other features. The video delivery service is home to nearly 1,200 movies and more than 3,000 TV episodes, many available in standard-definition (SD) and high-definition (HD), making PS3 system the ultimate entertainment platform and PSP system a leader in portable entertainment.

“We’re thrilled to add content from MTV Networks to our line up, it’s a perfect fit for the PlayStation® demographic, one of the most coveted audiences in entertainment today,” said Peter Dille, Senior Vice President of Marketing and PlayStation Network, SCEA. “Combined with the superior technology of the PS3 and PSP, the PlayStation Network’s video delivery service truly provides consumers the best and most comprehensive content on demand from an incredible line up of entertainment brands to enjoy at home or on-the-go.”

“From Nickelodeon to TV Land and everywhere in between, MTV Networks’ brands feature some of the most popular shows and some of the hottest stars for almost every conceivable demo,” said Greg Clayman, Executive Vice President, Digital Distribution and Business Development, MTV Networks. “By making our diverse content lineup available through the PlayStation Network, we’re giving PlayStation users instant access to hundreds of hours of our very best programming in the comfort of their own living rooms.”

Usage rules of the video delivery service allow content for purchase to be shared on multiple activated devices including PS3 and PSP systems per PlayStation Network account, depending on the type of content purchased by the user. One of the main value propositions of the PlayStation Network’s video delivery service is the ability to transfer standard-definition (SD) content from the PS3 system to the PSP system. For one price, consumers can transfer and view certain types of content on multiple devices. The connectivity between the PS3 system and the PSP system provides a seamless solution for those looking for a variety of entertainment experiences.

For more information about the content available on PlayStation Network visit: http://www.us.playstation.com